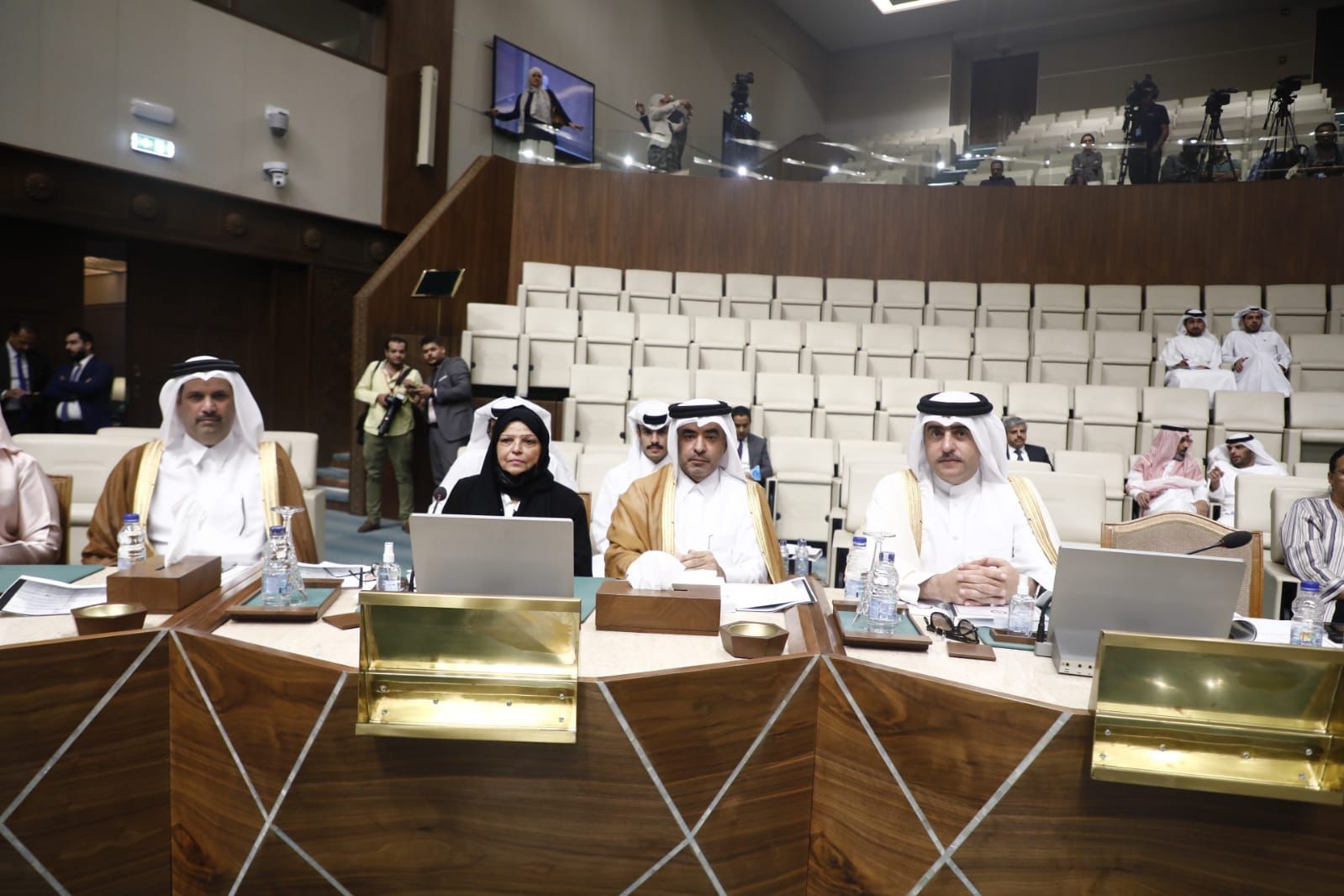 The Shura Council affirmed the State of Qatar's firm position on the Palestinian issue and its full support for the legitimate rights of the Palestinian people, which are sanctioned by international conventions.

During the session, HE Sheikha bint Yousuf Al Jufairi stressed, in remarks she gave, the firm position of the State of Qatar, under the leadership of HH the Amir of Qatar Sheikh Tamim bin Hamad Al Thani, supportive to the steadfastness of the Palestinian people on their land, and in support of their just cause via the establishment of the peace process on a comprehensive, just and lasting settlement, based on the international legitimacy.

The session reviewed the results of the Palestine Committee meeting, and discussed all Arab developments and issues, including developments in Yemen, Libya, Iraq, Sudan and Somalia, in addition to reviewing messages received from a number of Their Majesties, Excellencies and Highnesses, leaders of Arab countries, and other topics related to strengthening joint Arab action.

The session also reviewed the draft report on the political situation in the Arab world 2021, in its final form, and a presentation note on the preparation of an Arab strategy on ways to achieve nuclear security in the Arab region, the results of the meetings of the Arab Parliament's four permanent committees, which dealt during their meetings with a number of topics, including a draft Arab guiding law for the protection of the Arabic language, a report on the social situation in the Arab world for the year 2021, a report on the 'Document for the Development of Education in the Arab World', economic integration among Arab countries, the role of the private sector in promoting intra-trade, a draft guiding law in the field of artificial intelligence and a number of topics concerning the promotion of joint Arab action.