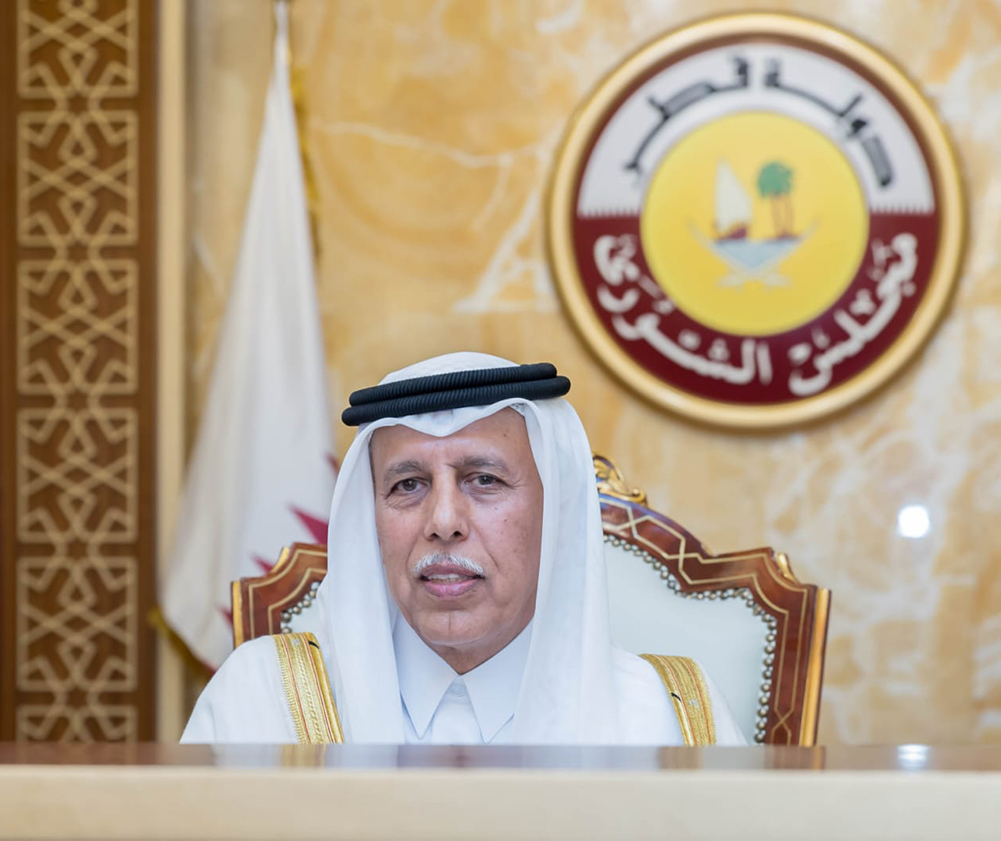 Bachelor in Arabic and Islamic studies, University of Cairo, 1976.

Third secretary, Ministry of Foreign Affairs, 1976 and promoted in ranks of the diplomatic corps since then.

Charge D'affairs in the Embassy of the State of Qatar, Algeria, 1983.

Representative of the Ministry of Foreign Affairs in the Qatari National Committee of Education, Culture and Science, 1983.

Extraordinary and Plenipotentiary Ambassador to the Sultanate of Oman, 1984-1986.

Extraordinary and Plenipotentiary Ambassador to the UnitedStates of America and Non-resident Ambassador in Mexico and Venezuela, 1987- 1989.

Minister of State for Foreign Affairs, 1995.

Member and Rapporteur of the Committee on Drafting the Permanent Constitution of the State of Qatar, 1999 - 2002.

Chairman of the Permanent Committee on the Projects for the Development of the Ministry of Foreign Affair,2001- 2011.

Member of the Higher Committee for Development Planning 2011.

Deputy Prime Minister and Minister of State for Cabinet Affairs, 2011 – 2017.

Chairman, of the Follow-up Committee on Implementation of the Doha Document for Peace in Darfur, September 2011 – September 2017.

Chairman, The Board of Director on Reconstruction and Development in Darfur, September 2013 – November 2017.

Unanimously elected Speaker of the Shura Council – from November 2017 to date.

Unanimously elected President of the 140th, General Assembly of the Inter-Parliamentary Union and its accompanying meetings, which were held in Doha from 6th, to 10th, April 2019.

Chair of the branch of the Global Organization of Parliamentarians Against Corruption in the Shura Council of Qatar from November 2019 to date.

Unanimously elected President of the Global Organization of Parliamentarians Against Corruption (GOPAC) in December 2019 for a two years.

Head of Qatar delegations to various regional and international meetings and conferences on various aspects.

Chairman of the International Donors Conference for Reconstruction and Development in Darfur, April 2013.

First class Order of the Republic, from the Sudanese president , 23 October, 2011.