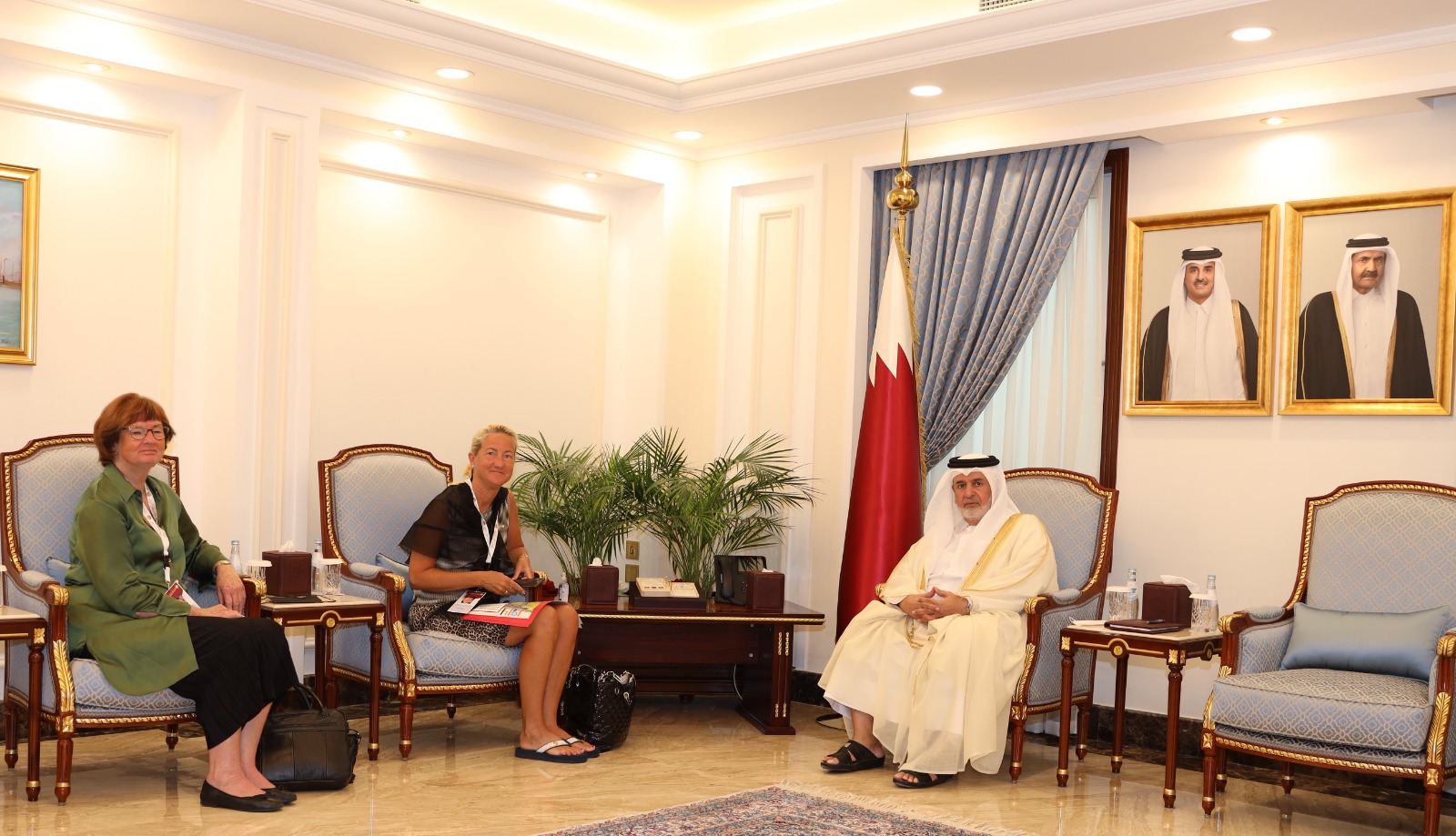 HE Secretary-General of the Shura Council Fahad bin Mubarak Al Khayareen met on Monday with a delegation from the Swedish Parliament (Riksdag), at the headquarters of the Council.