Shura Council Welcomes Results of HH the Amir's US Visit 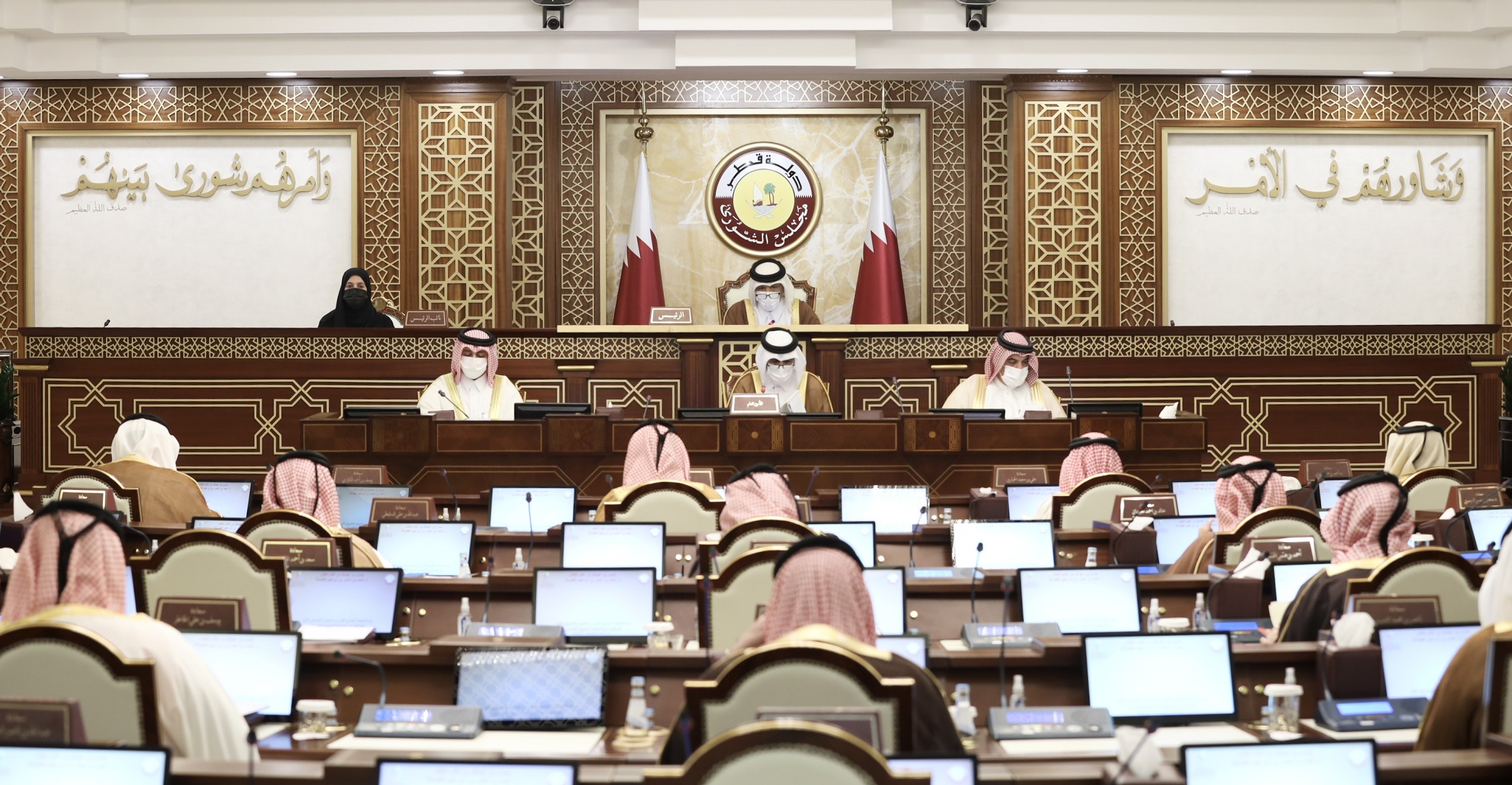 The Shura Council held Monday its regular weekly meeting under the chairmanship of HE Speaker of the Council Hassan bin Abdullah Al Ghanim.

At the beginning of the session, the Council praised the visit of HH the Amir Sheikh Tamim bin Hamad Al-Thani to the United States on Monday and welcomed the results of the important talks held by His Highness in Washington with HE President of the United States Joe Biden, which focused on developing and strengthening the well-established strategic cooperation relations between the two countries in various fields, and exchanging views on all regional and international developments in the context of the strategic partnership between the two countries to achieve peace and stability in the region.

After that, HE Secretary-General of the Shura Council Dr. Ahmed bin Nasser Al Fadhala read out the agenda of the session. The minutes of the previous session were approved.

The Council reviewed the report of the Internal and External Affairs Committee on a draft law regulating the ownership of real estate in the country by diplomatic and consular missions.

After extensive discussion of the report, the Council approved the aforementioned draft law as received by the esteemed Council of Ministers.