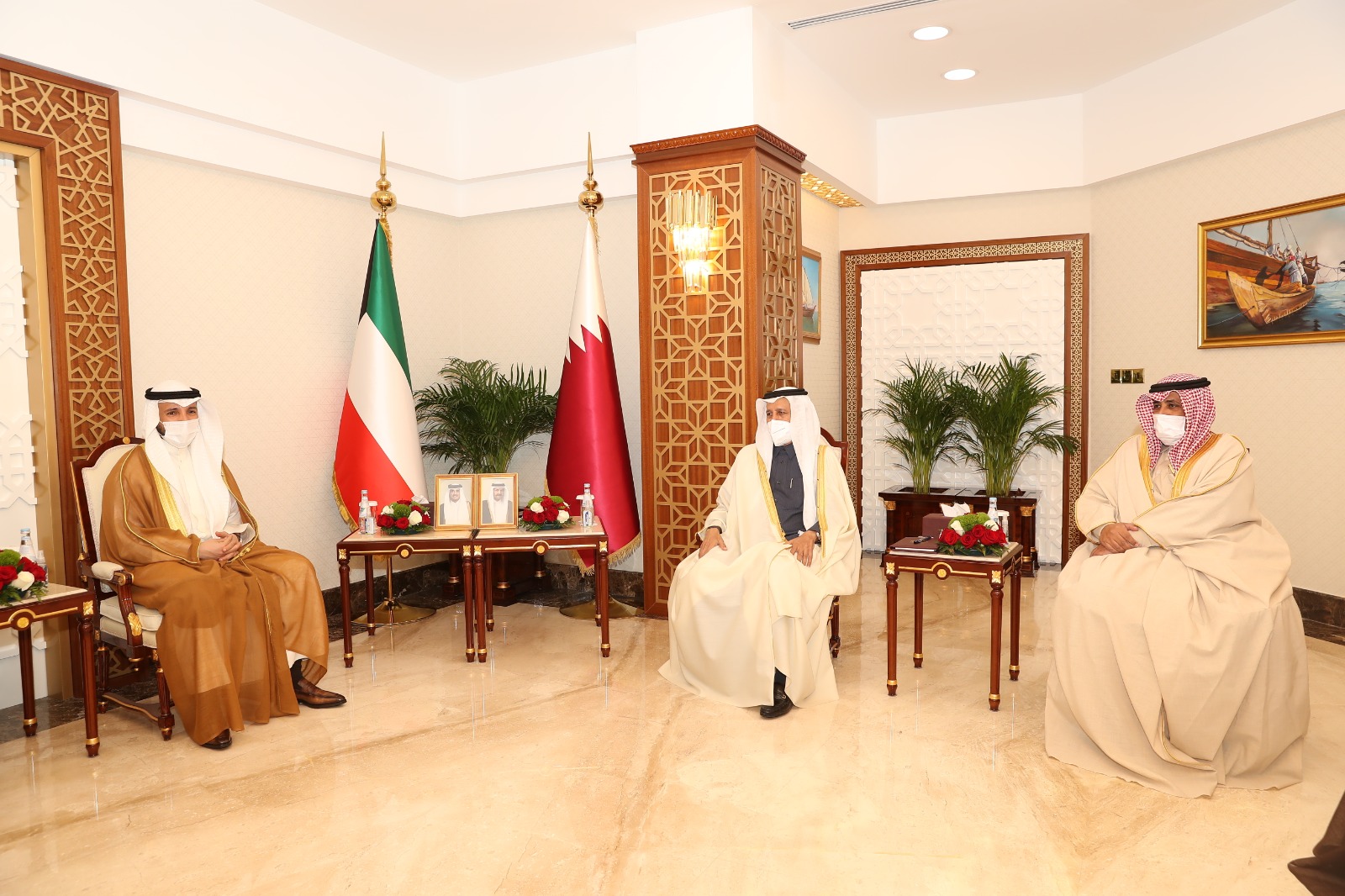 The meeting was attended by HE Deputy Speaker of the Shura Council Mohammed bin Abdulla Al Sulaiti, HE Member of the Council and HE Chairman of Qatar-Arab Parliamentary Friendship Group Saqr bin Fahad Al Muraikhi and HE Ambassador of the State of Kuwait to the State of Qatar Hafeez Mohammed Al Ajmi.