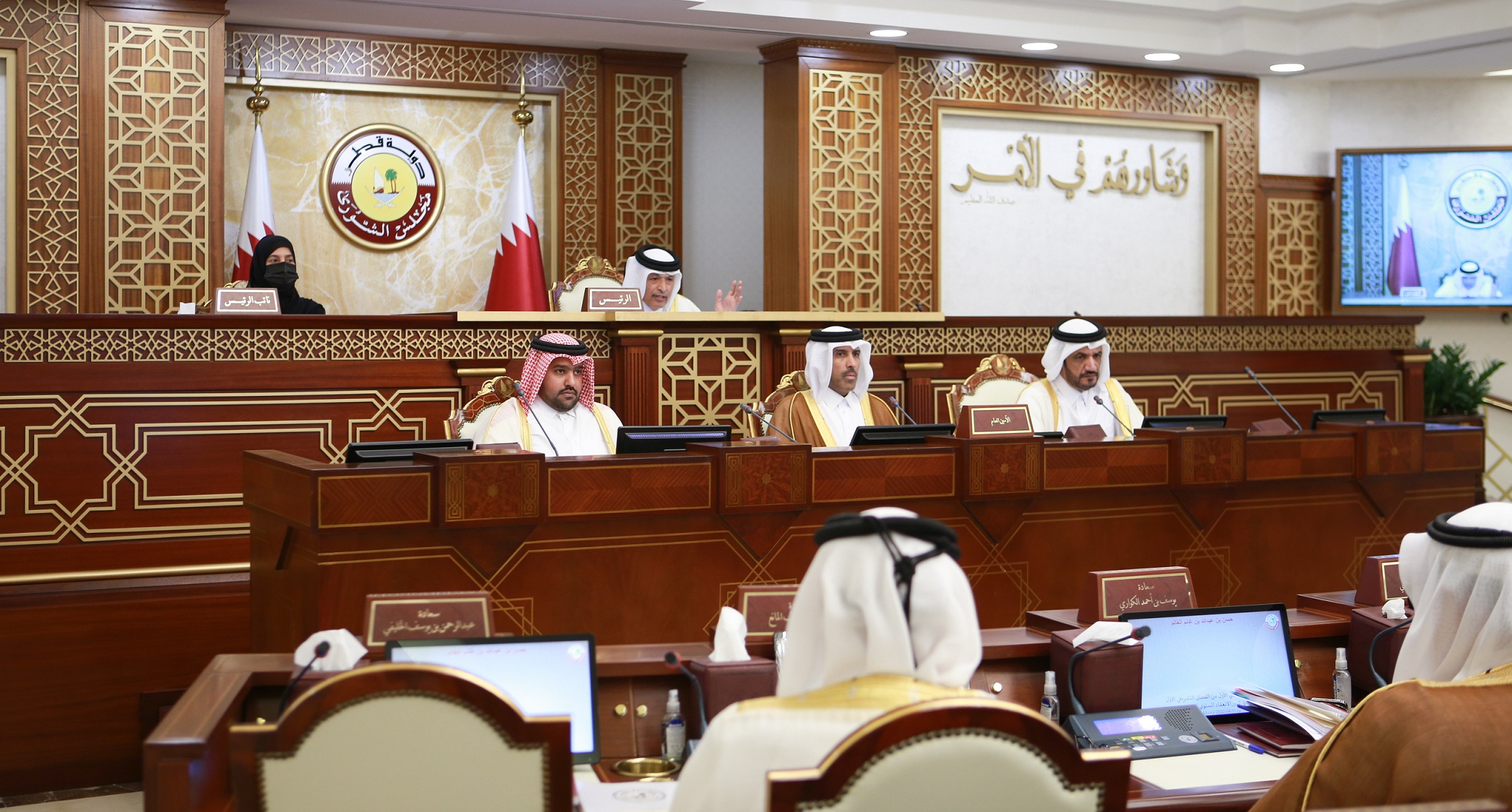 At the beginning of the session, HE Secretary-General of the Shura Council Dr. Ahmed bin Nasser Al Fadhala read out the agenda of the session. The minutes of the previous session were ratified.

During the session, HE Hassan bin Abdullah Al Ghanim briefed the Council on his participation in the high-level African Parliamentary Conference, organized by the United Nations Office of Counter-Terrorism (UNOCT) based in Doha, and the African Parliamentary Union in partnership with the Shura Council, under the title "Understanding the terrorist threat in Africa: new challenges and necessary measures", on March 30 and 31, in addition to the interviews that His Excellency gave on the sidelines of the conference.

The Council also reviewed a report presented by member of the Council, HE Shaikha bint Yousuf Al Jufairi, on her participation in the workshop for the preparation of the draft Arab guiding law to combat violence against women, organized by the Arab Parliament in February, via video conference technology.