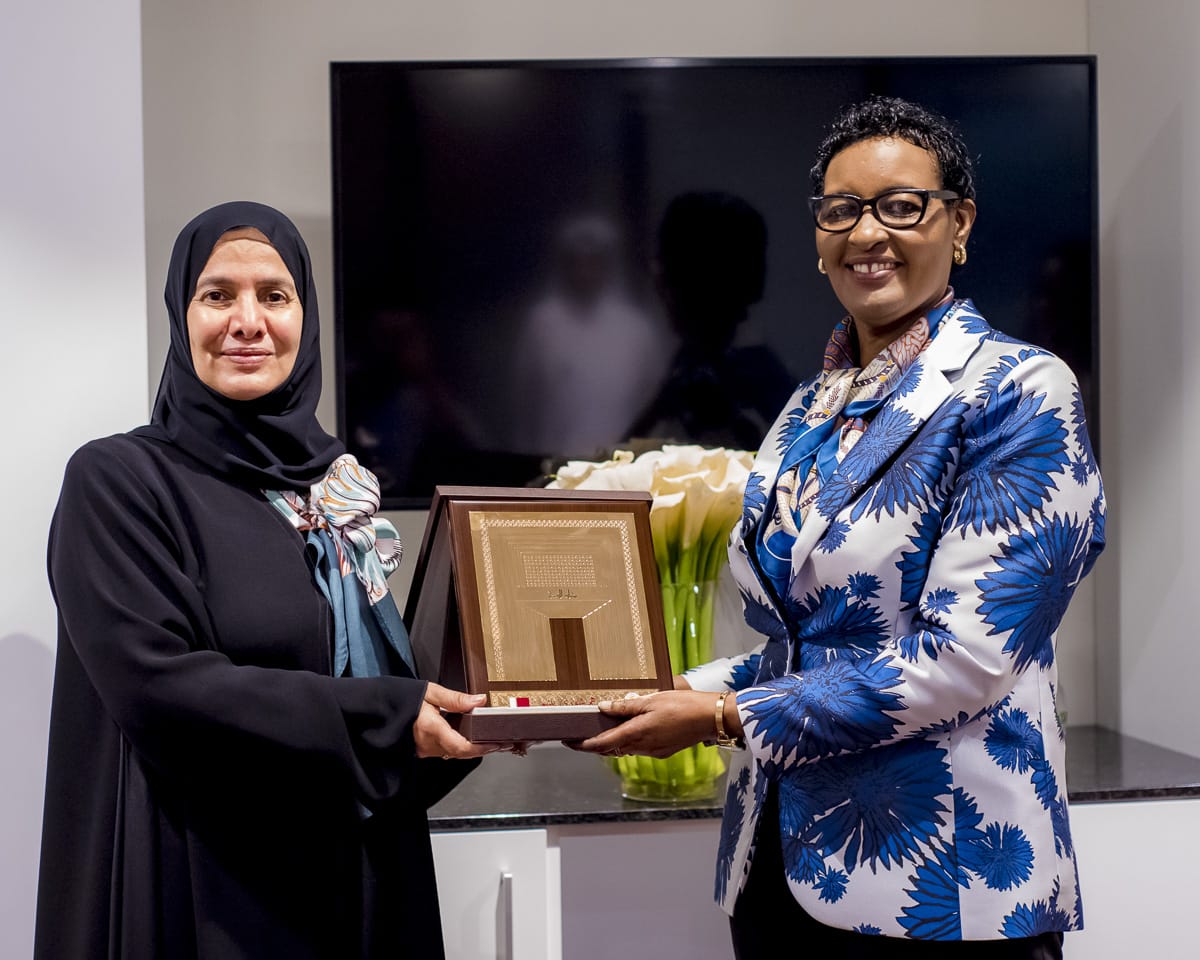 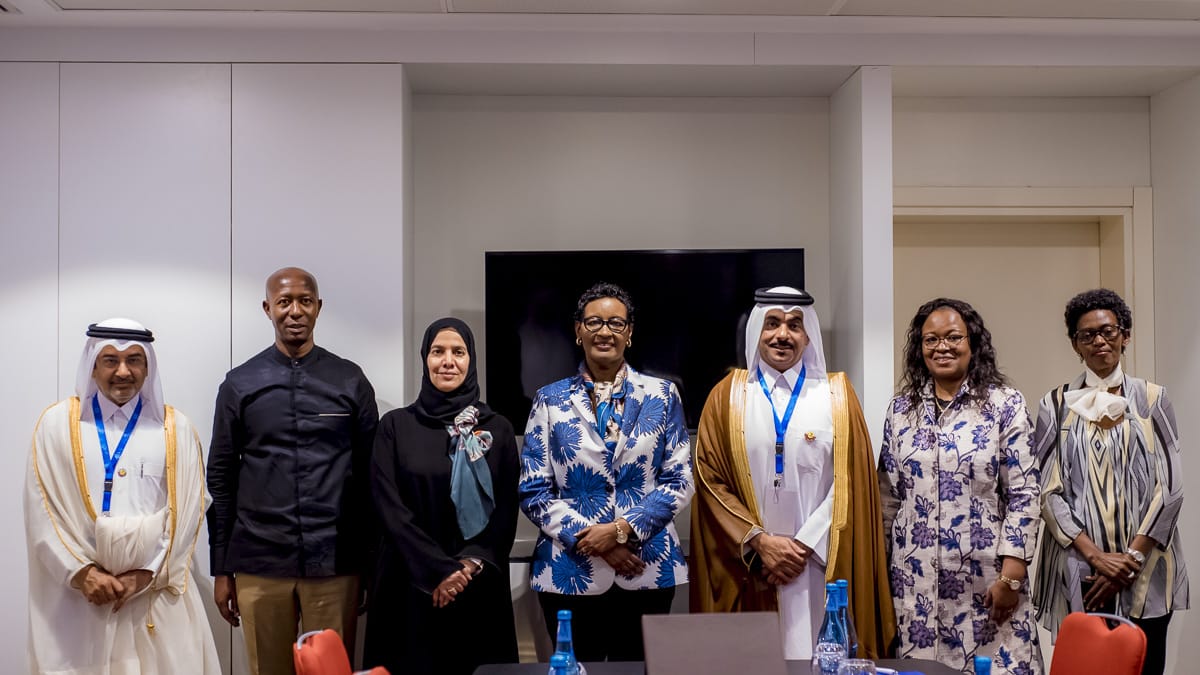 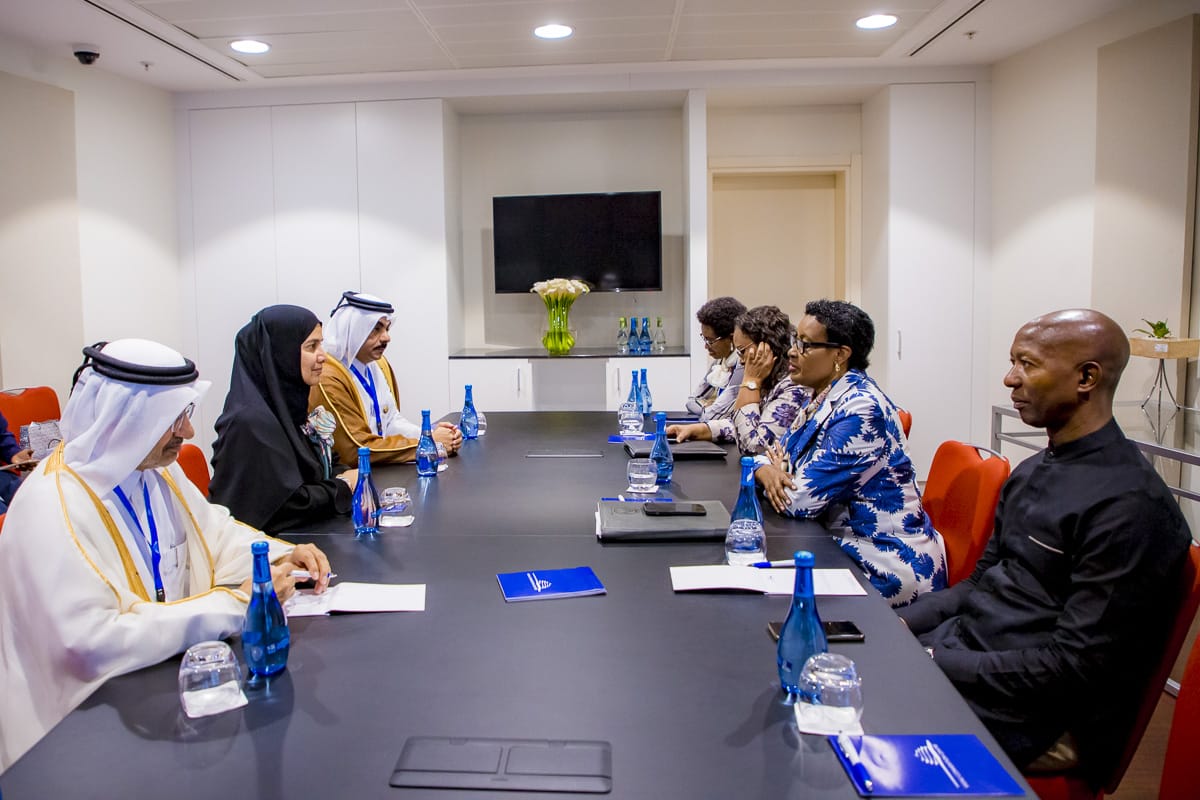 HE Deputy Speaker of the Shura Council Dr. Hamda bint Hassan Al Sulaiti, who is chairperson of the Shura Council delegation at the 145th Assembly of the Inter-Parliamentary Union (IPU), held in Kigali, Rwanda, met with HE Speaker of the Rwandan Chamber of Deputies and President of the IPU 145th Assembly Donatille Mukabalisa. During the meeting, the Deputy Speaker of the Shura Council expressed thanks and appreciation to the Rwandan Chamber of Deputies and the government and people of Rwanda for hosting the 145th IPU Assembly and for the warm welcome and hospitality, looking forward that the meetings would contribute to converging views and mobilizing parliamentary efforts to bring peoples together and deal with the challenges. For her part, HE the Speaker of the Rwandan Chamber of Deputies valued Qatar's participation in the event and the positive contributions made by the delegation during its participation in the IPU Assembly meetings, looking forward to furthering cooperation and rapprochement between the two sides. Also, the meeting reviewed aspects of parliamentary cooperation between the Shura Council and the Rwandan parliament, in addition to discussing several issues raised during the Assembly meetings.