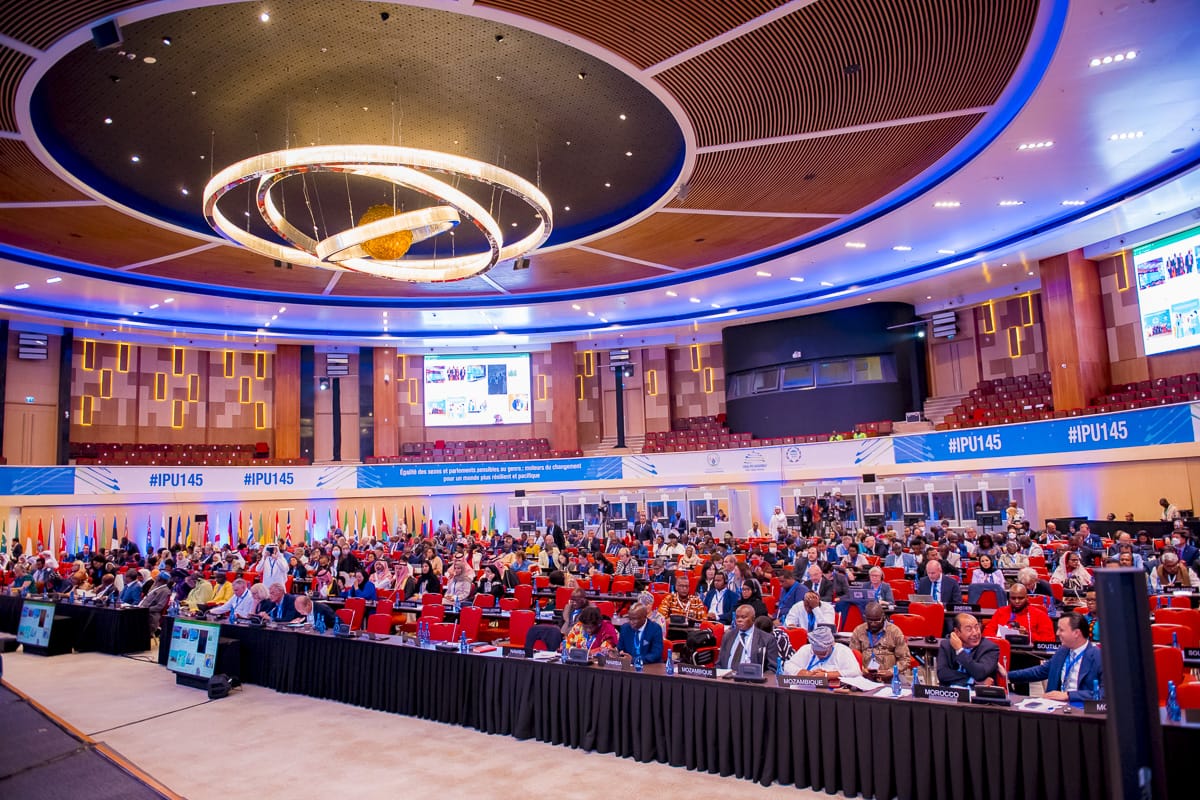 The Shura Council concluded today its participation in the 145th Inter-Parliamentary Union (IPU) Assembly, held in the Rwandan capital, Kigali. The Shura Council delegation to the Assembly was headed by HE Deputy Speaker of the Shura Council Dr. Hamda bint Hassan Al Sulaiti. Her Excellency participated today in the closing session of the 210th session of the IPU Governing Council, during which participants praised Qatar's sponsorship of the signing of the peace agreement between the Chadian factions. Additionally, participants commended the State of Qatar's efforts to bring peace through mediation to settle disputes and resolve differences. In the same session, the Governing Council reviewed the committees' and union bodies' reports and approved the reports' recommendations on a number of issues related to the IPU work. HE Deputy Speaker of the Shura Council also participated in the closing session of the IPU Assembly, in which discussions covered the agenda's items, including the session's main topic related to equality between men and women, and parliaments that take into account this perspective as drivers of change for a more steadfast and peaceful world. At the conclusion of the meetings, which lasted for several days, the 145th IPU Assembly endorsed the "Kigali statement", which addressed the issue of equality between men and women, and parliaments taking into account this perspective as drivers of change for a more resilient and peaceful world. The statement stressed that gender equality is essential in the face of pandemics, conflicts, economic stagnation and climate change. It also stressed the commitment of parliaments to work towards achieving political decision-making parity, paying attention to vulnerable population groups, ensuring the development and enforcement of laws related to this aspect, and strengthening equality of care responsibilities between the genders. The Shura Council delegation actively participated in the meetings of the IPU Assembly, the IPU Governing Council, and the union's various standing committees such as the Committee on Peace and International Security, the Committee on Democracy and Human Rights, and the Committee on Sustainable Development, in addition to participating in the Forum of Young Parliamentarians, and the meetings of the Association of Secretaries General of Parliaments (ASGP). Qatar's hosting of the FIFA World Cup Qatar 2022 attracted the attention of the participants during the meetings of the IPU Assembly, as well as in the bilateral meetings held by the Shura Council delegation with the delegations of the parliaments of brotherly and friendly countries. A number of heads of delegations and parliamentarians, during their bilateral meetings with the Shura Council delegation, expressed their admiration for Qatar's preparations and preparations for the tournament, stressing their full support for this global event, which is being held for the first time in the Middle East, looking forward to being a distinguished tournament that contributes to bringing people together and strengthening ties amongst them.