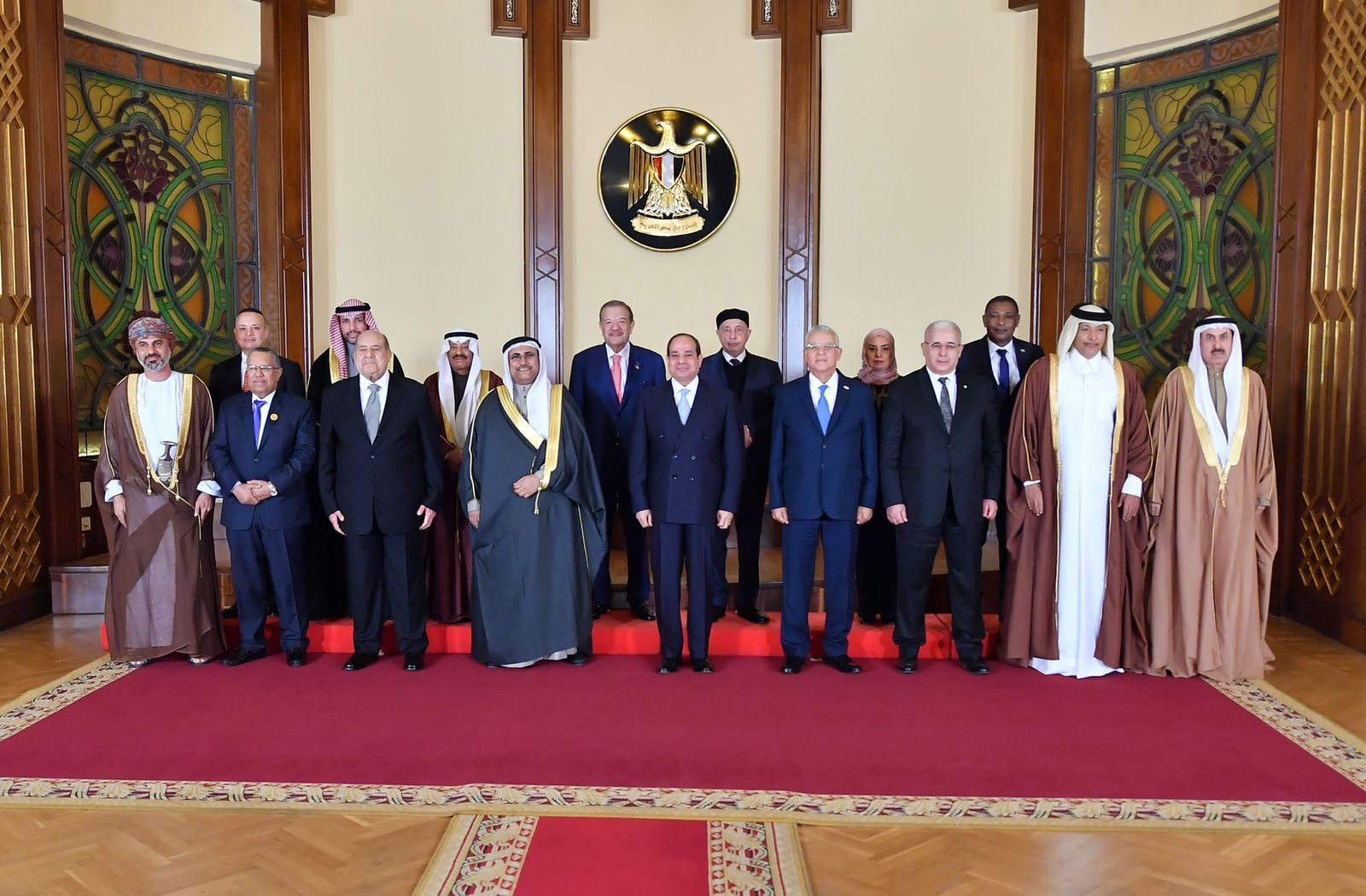 HE President of the Sisterly Arab Republic of Egypt Abdel Fattah Al Sisi, met on Sunday with HE Speaker of the Shura Council Hassan bin Abdullah Al Ghanim, as part of His Excellency's reception of the heads of parliaments and councils participating in the Conference of the Arab Inter-Parliamentary Union and the Conference of the Arab Parliament and the heads of Arab Councils and Parliaments.

During the meeting, HE Speaker of the Shura Council conveyed the greetings of HH the Amir Sheikh Tamim bin Hamad Al-Thani, to HE the Egyptian President, and His Highness' wishes for him and the Egyptian people further development and growth.

For his part, HE the Egyptian President conveyed his greetings to HH the Amir, and his wishes to His Highness and the Qatari people further progress and prosperity.

During the reception, a number of issues related to joint Arab action and ways to enhance and develop it were reviewed.