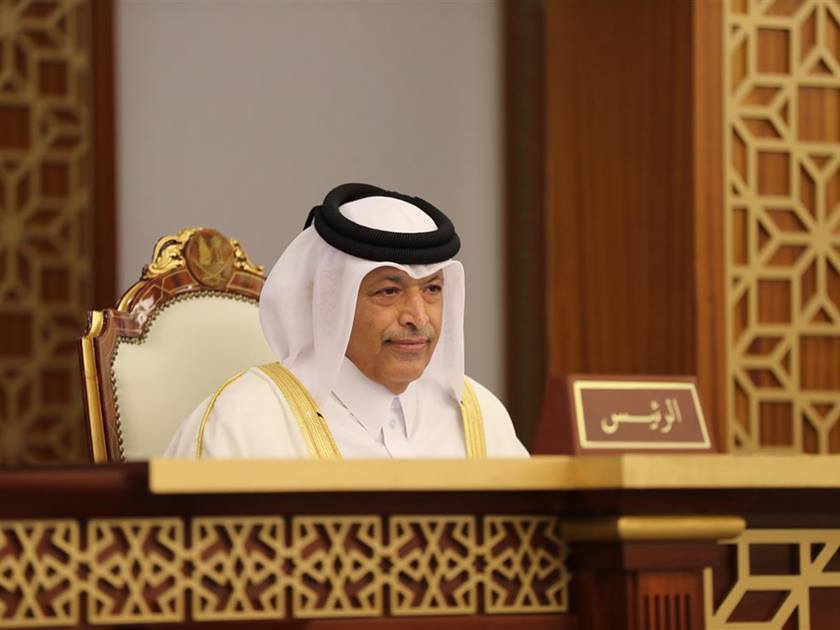 HE Speaker of the Shura Council Hassan bin Abdullah Al Ghanim praised the important messages included in HH the Amir Sheikh Tamim bin Hamad Al-Thani's speech at the opening of the 77th session of the United Nations General Assembly (UNGA), which presented Qatar's clear vision towards regional and international issues.

His Excellency also added that HH the Amir's speech outlined the features of Qatar's role as a positive and effective UN partner through its balanced and distinguished economic and political relations at both bilateral and multilateral levels in the face of the challenges and problems related to peace and security, and the challenges facing the exerted efforts to resolve disputes by peaceful means.

In a statement Tuesday, His Excellency stressed that HH the Amir's speech was an opportunity to reaffirm the peaceful values and principles in which Qatar believes and follows its path to achieve peace, security, stability, and development in all parts of the world.

His Excellency pointed out that Qatar's participation in the annual sessions of the UNGA has always been characterized by active attendance at the highest levels.

His Excellency noted that HH the Amir - since His Highness assumed office in 2013 - has the perseverance to participate in the annual sessions of the UNGA and deliver a speech to the participating leaders, where His Highness outlines the position of the State of Qatar and its role in finding solutions to the challenges facing humanity.

His Excellency also pointed out Qatar's positive presence and its continuous contributions to serving the goals and principles of the UN, including maintaining international peace and security, supporting international development efforts, promoting and consolidating human rights, participating in collective efforts and initiatives to address the challenges facing the world, and providing constructive decisions and initiatives which always gain the acceptance of the international community.