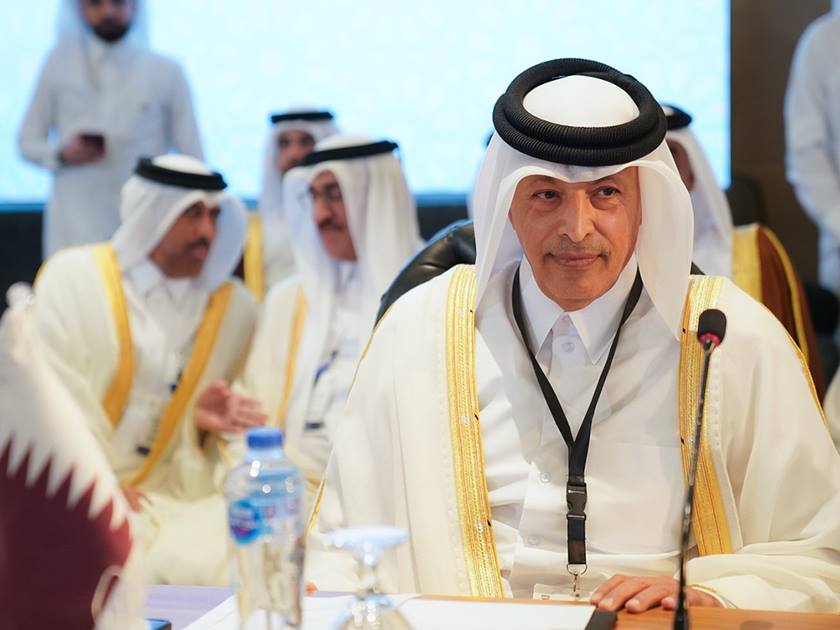 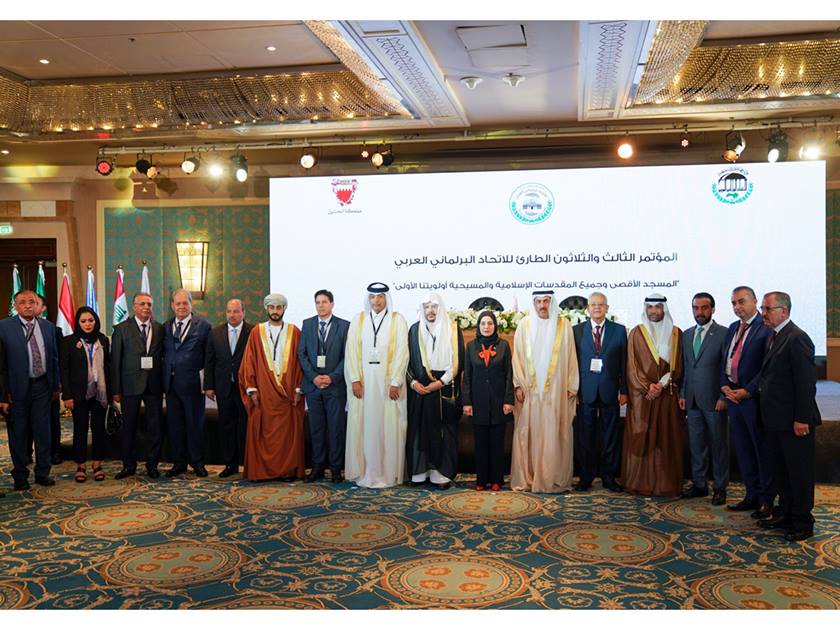 The Shura Council participated in the 33rd emergency conference of the Arab Inter-Parliamentary Union, which was held under the title "Al-Aqsa Mosque and all Islamic and Christian holy sites are our first priorities", with a delegation headed by HE Speaker of the Shura Council Hassan bin Abdullah Al Ghanim.

In his speech to the conference, HE the Speaker of the Shura Council stressed that Qatar's position on the Palestinian issue is consistent and clear and comes at the forefront of the wise Qatari policy priorities pursued by HH the Amir Sheikh Tamim bin Hamad Al-Thani in support of the Palestinian peoples struggle to achieve their rights concerning self-determination and the establishment of their independent state, with East Jerusalem as its capital, in accordance with the Arab Peace Plan.

He stressed the great importance of the emergency meeting of the Arab Inter-Parliamentary Union to shed light on the violations and aggression against all Islamic sanctities by the Israeli occupation forces without interruption and international punishment.

HE Al Ghanim said, "We follow the criminal attacks committed by colonizers and extremists against the worshipers in Al-Aqsa Mosque, and these criminal operations which reached their climax with the assassination of the Palestinian martyr Sheerin Abu Aqla. It is clear and prominent that she is a journalist and carries only her work tools." In this context, he called on the competent international organizations to "conduct an urgent and fair international investigation and bring to justice all the criminals who were behind the murder of journalist Abu Aqla, so that they can be punished for this heinous act that amounts to state terrorism," stressing that the Israeli crimes committed against the Palestinian people are considered a key factor in destabilizing security and stability in the Middle East.

HE Hassan bin Abdullah Al Ghanim expressed his regret for the international community's adoption of the policy of double standards whenever it comes to terrorism, which attaches this accusation to whoever wants and exonerates whoever wants from it, stressing that "it should not be attempted to attach the charge of terrorism to the true Islamic religion, which forbids such crimes.

He affirmed the strong solidarity of the State of Qatar with the people of Palestine and its strong condemnation of all aggressive operations perpetrated by the Israeli forces against them, as well as its support for all international efforts aimed at the effective implementation of the resolutions of the international legitimacy that demand Israel to stop its occupation of Arab lands in Palestine, as well as decisions that consider the changes that Israel is trying to introduce in the city of Jerusalem as illegal and contravening the international law. He called on the United Nations to work to implement its international obligations towards the occupied territories to protect the Palestinians from the oppression and aggression of the occupation.

He said: "HH the Amir Sheikh Tamim bin Hamad Al-Thani has expressed Qatar's support for the brotherly Palestinian people through humanitarian initiatives represented in providing financial support to the brothers in the West Bank and the Gaza Strip, standing with them, and providing the necessary financial and material assistance to overcome the damage and losses caused by the aggressive acts committed by the Israeli forces against innocent civilians, which are characterized by barbarism and inconsistent with international legitimacy,

He stressed that the State of Qatar will not give up supporting its brothers in Palestine because of its belief in their just cause and in fulfillment of its moral responsibility, which necessitates standing with the truth and supporting the oppressed.

HE stressed the importance of uniting all efforts and mobilizing all energies to continue supporting the Palestinians in the occupied territories and in the Gaza Strip so that they can continue steadfastness and not be at the mercy of the occupation authorities as they are the first line of defense in light of the current circumstances characterized by the inability of international institutions to achieve the right and enable the brothers in Palestine to enjoy their legitimate rights.