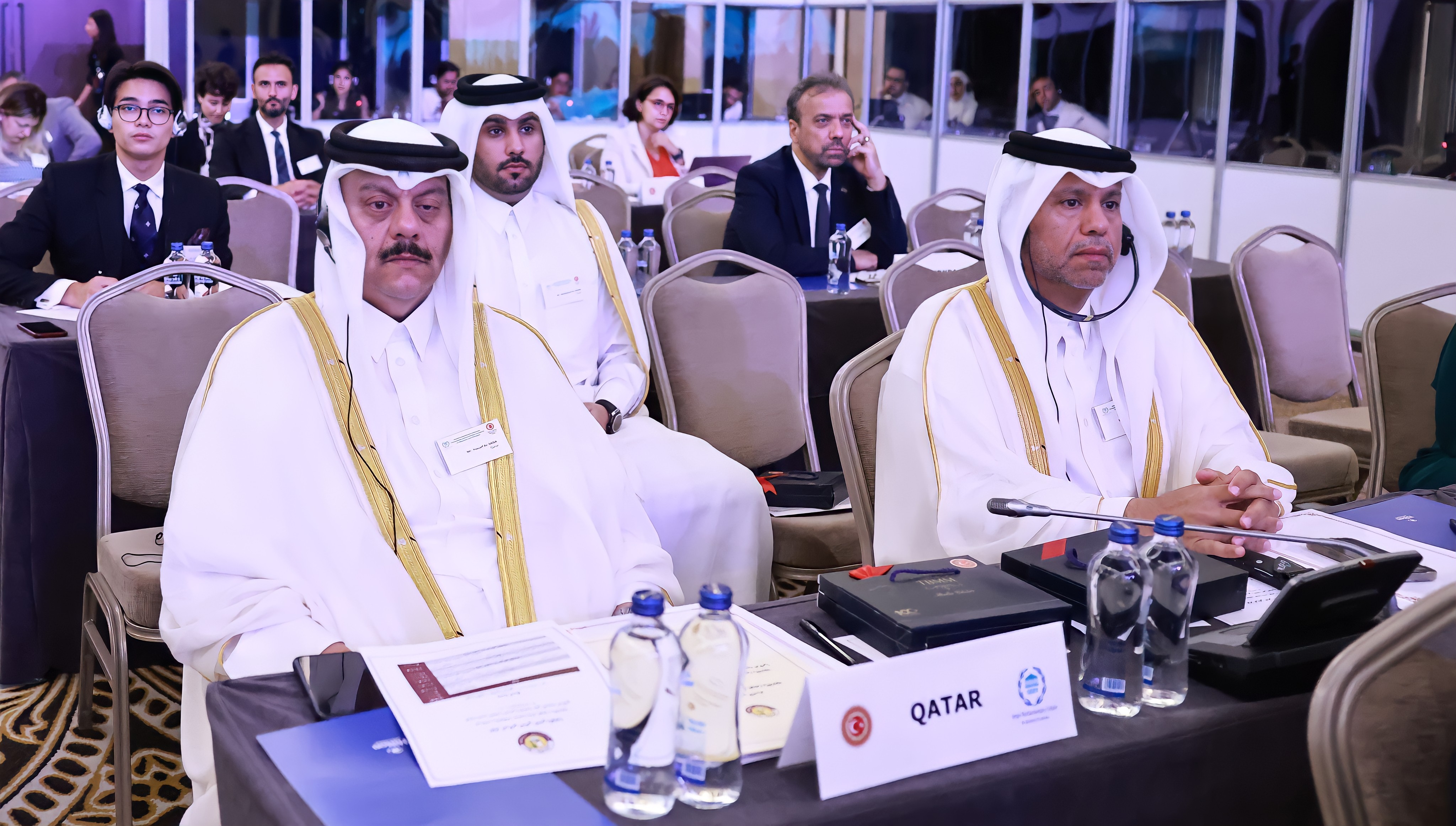 The Shura Council participated in the global parliamentary conference on refugees, which was held in Istanbul under the theme "Parliaments and the Global Compacts on Migration and Refugees: How to Bring About Stronger International Cooperation and National Implementation?" The conference was organized by Inter-Parliamentary Union (IPU) in cooperation with the Grand National Assembly of Turkey.

The council was represented by Members of the Council HE Youssef bin Ahmed Al Sada and HE Mubarak bin Mohammed Al Kuwari.

During his speech at the conference, Al Sada said that the refugee problem continues to grow one day after another as areas of conflict increase around the world. He noted that the total number of refugees worldwide have increased to 346 million. He also said that Parliamentarians, as representatives of the people, must work on addressing the humanitarian problem by coordinating on a regional and international level, and by holding conferences to follow up on issues related to refugees.

His Excellency reviewed the Shura Council's role in addressing the issue, which comes within the framework of the view of HH the Amir Sheikh Tamim bin Hamad Al-Thani. His Excellency highlighted the State of Qatar's role in supporting refugees, including cooperation with the UN Refugee Agency and the UNRWA. He added that Qatar offered strong support to many countries during the spread of the COVID-19 pandemic.

His Excellency said that the State of Qatar believes that the optimal way to address these issues is by dealing with the root-causes, highlighting the efforts of Silatech in that regard. His Excellency also highlighting the State of Qatar's hosting of the UN Refugee Agency's office in Doha, as a reflection of Qatar's commitment to cooperating with the United Nations on addressing humanitarian issues.