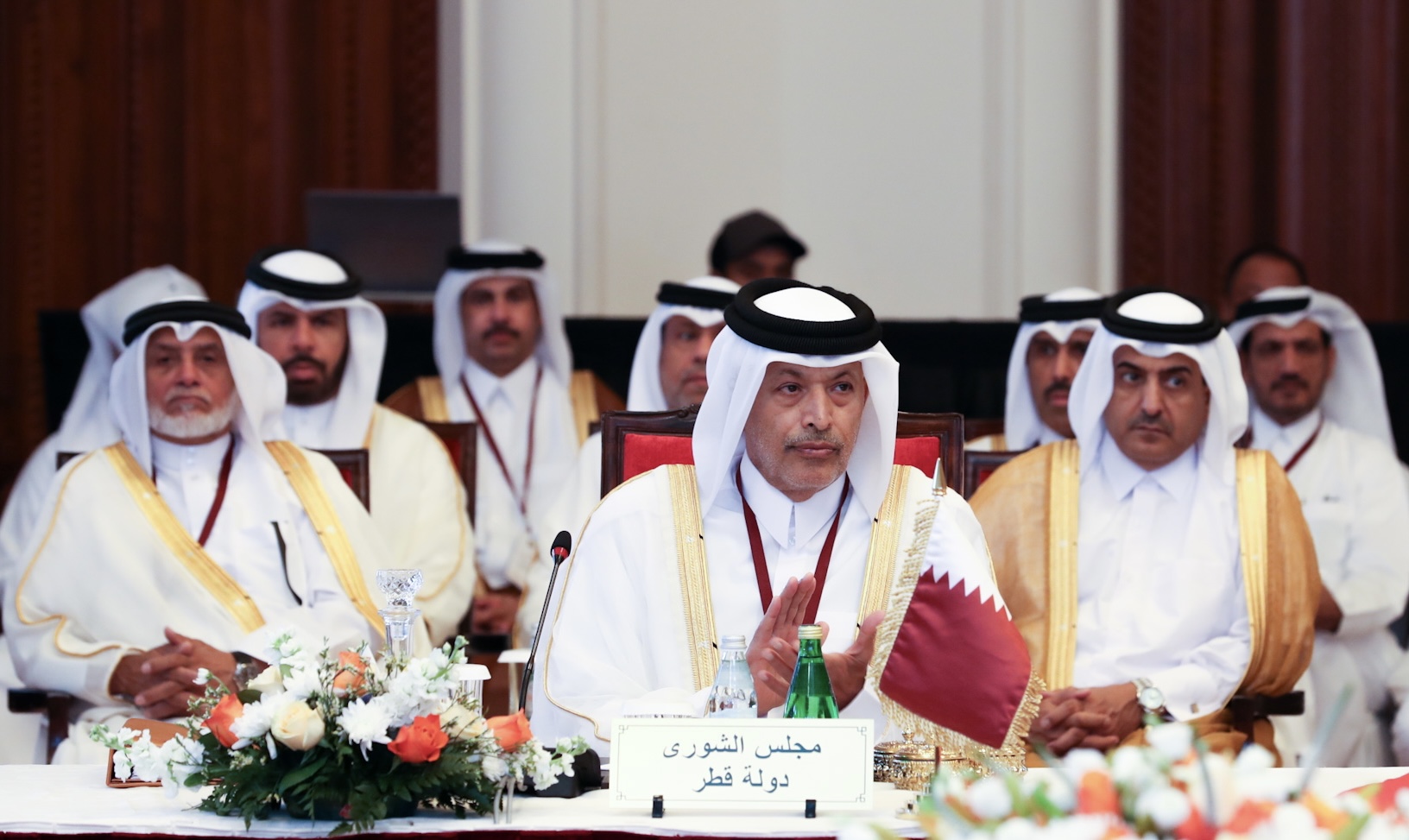 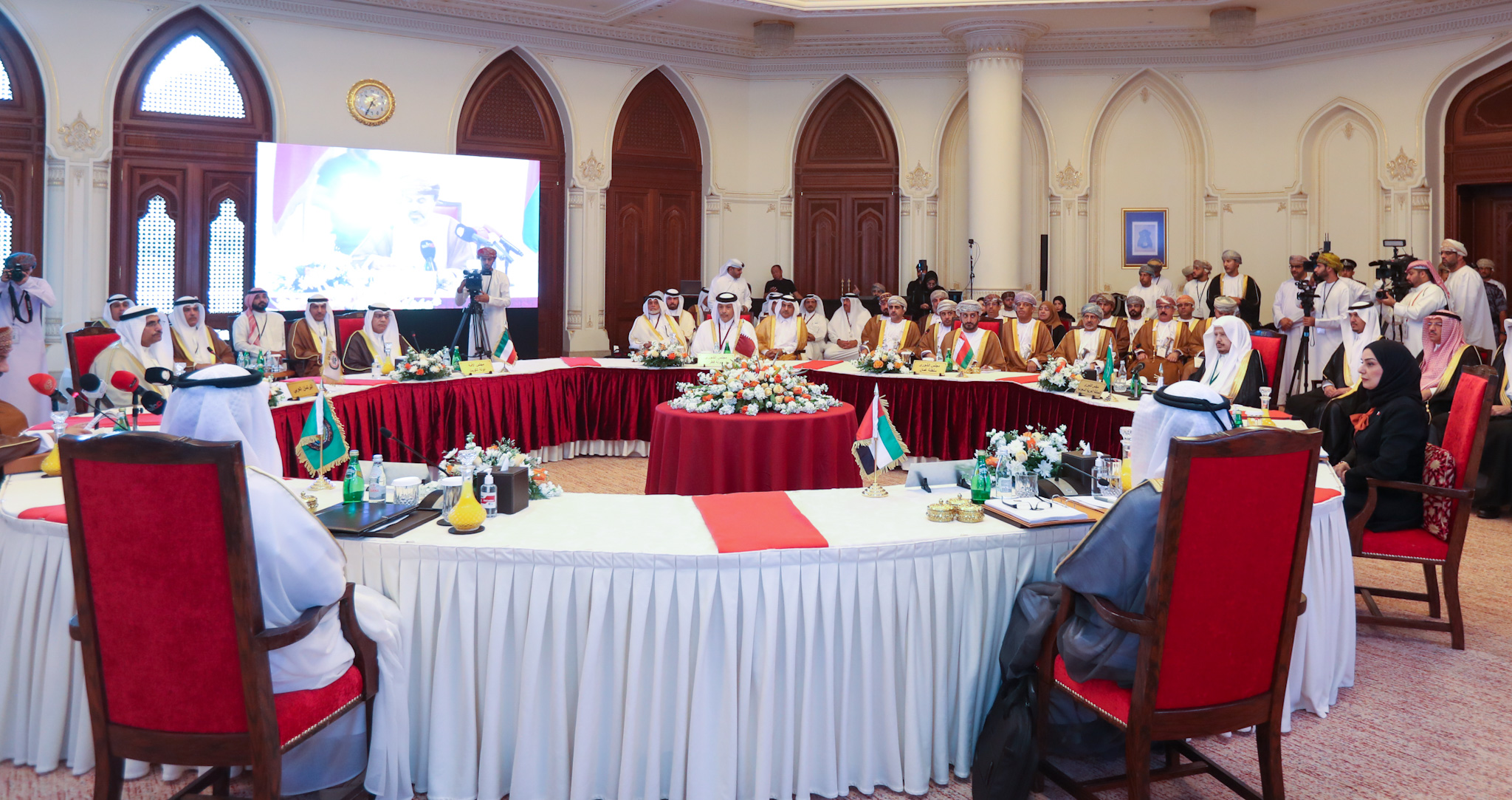 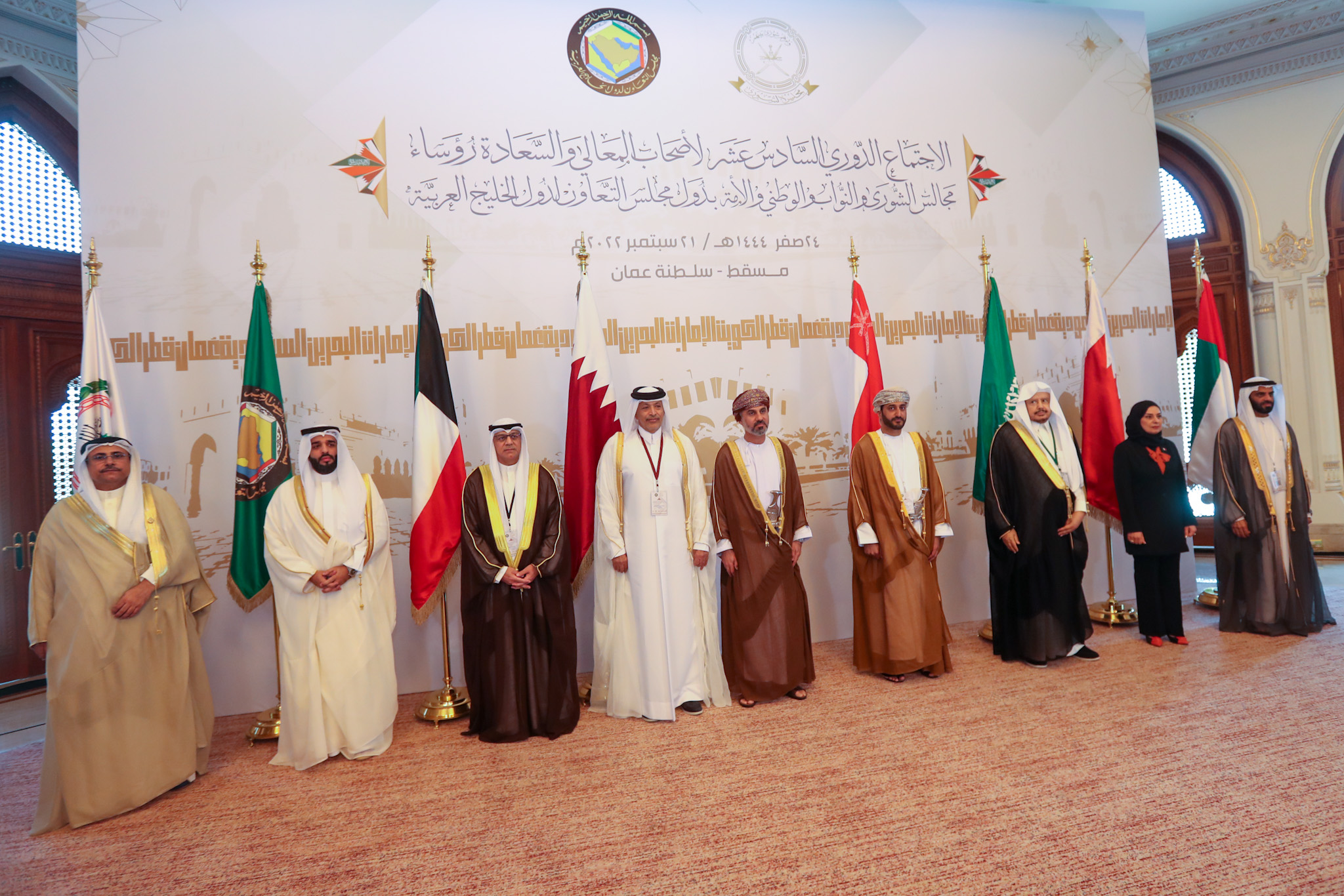 HE Speaker of the Shura Council Hassan bin Abdullah Al Ghanim affirmed that, under the wise leadership of HH the Amir Sheikh Tamim bin Hamad Al-Thani, the State of Qatar has been committed to any joint action that would essentially enrich and enhance the unity of GCC states.

During his speech while heading the Shura Council delegation participating in the 16th periodic meeting of Their Excellencies, Heads of Shura, Representatives, National Assembly, and Parliament Councils of the Cooperation Council for the Arab States of the Gulf (GCC) states, held in Muscat, Sultanate of Oman, HE Speaker of the Shura Council pointed out that the indicators of this positive impact are candidly remarkable within the framework of Qatar's preparations to host FIFA World Cup Qatar 2022, adding that some brotherly countries confirmed Hayya Card - which includes entry Visa to Qatar during FIFA World Cup Qatar 2022, as an entry Visa to them.

HE Speaker of the Shura Council stressed that several countries are currently being exposed to natural disasters, conflicts, wars and instability, which poses a threat to the stability of the rest of the countries around the globe, due to the disruption of food, medicine and oil supply chains, or as a result of being affected by the consequences of these disasters and wars, pointing out that the escalation of the Russian-Ukrainian war increases the pace of nuclear threats and the possible eruption of a third cosmic war.

He noted that the State of Qatar is still working to protect the region against the nuclear threats and Weapons of Mass Destruction (WMD), adding that Islam urges all to protect humanity from devastation and decimation, whether through the lethal weapons or the destruction of the proper elements of environment. He pointed out the political stability and the commitment to the joint action within the framework of GCC - which he described as the backbone of the gulf council, emphasizing that the council is a model for cooperation and cohesion, and that the political factors among the council's components are driving and guiding tools toward achieving mutual goals.

The reason behind the optimism for the success of these endeavors comes from the fact that there is no homogeneous regional group, in any part of the world, that has the elements and factors of integration and unity more than GCC states, as they share belief, language, mutual history, social homogeneity, geographical unity, as well as the similarity of economic and political systems among their components, Al Ghanim added.

His Excellency indicated that the projects of integration and economic unity still need keenness and unwavering action as the year 2025 approaches, in which the State of Qatar aspires to finalize the studies and projects in pursuit of attaining economic unity among GCC states as encouraged by the items of the economic integration.

During the periodic meeting, the report of HE Chairperson of the 15th meeting of Their Excellencies, Heads of Shura, Representatives, National Assembly, and Parliament Councils of the Cooperation Council for the Arab States of the Gulf (GCC) states was reviewed, in addition to discussing a wide range of topics pertaining to the joint Gulf action, including the Gulf-European Parliamentary Committee, cooperation with Latin America Parliaments, as well as the submission of the final recommendations of the gulf joint seminars to the Supreme Council of GCC states.

In his inaugural speech, HE Speaker of the Shura Council extended his thanks to the government and people of the sisterly Sultanate of Oman, under the wise leadership of His Majesty Sultan Haitham bin Tariq, Sultan of Oman for hosting the meeting.

His Excellency also extended thanks to the Shura Council in the Kingdom of Saudi Arabia for presiding over the 15th session of Presidents of GCC Legislative Councils, and for exerting all possible efforts despite the current regional circumstances with the spread of COVID-19 pandemic, and the ensuing negative consequences imposed on the previous meetings which has to be held virtual, calling on the attendees to convene the next meeting in Doha.