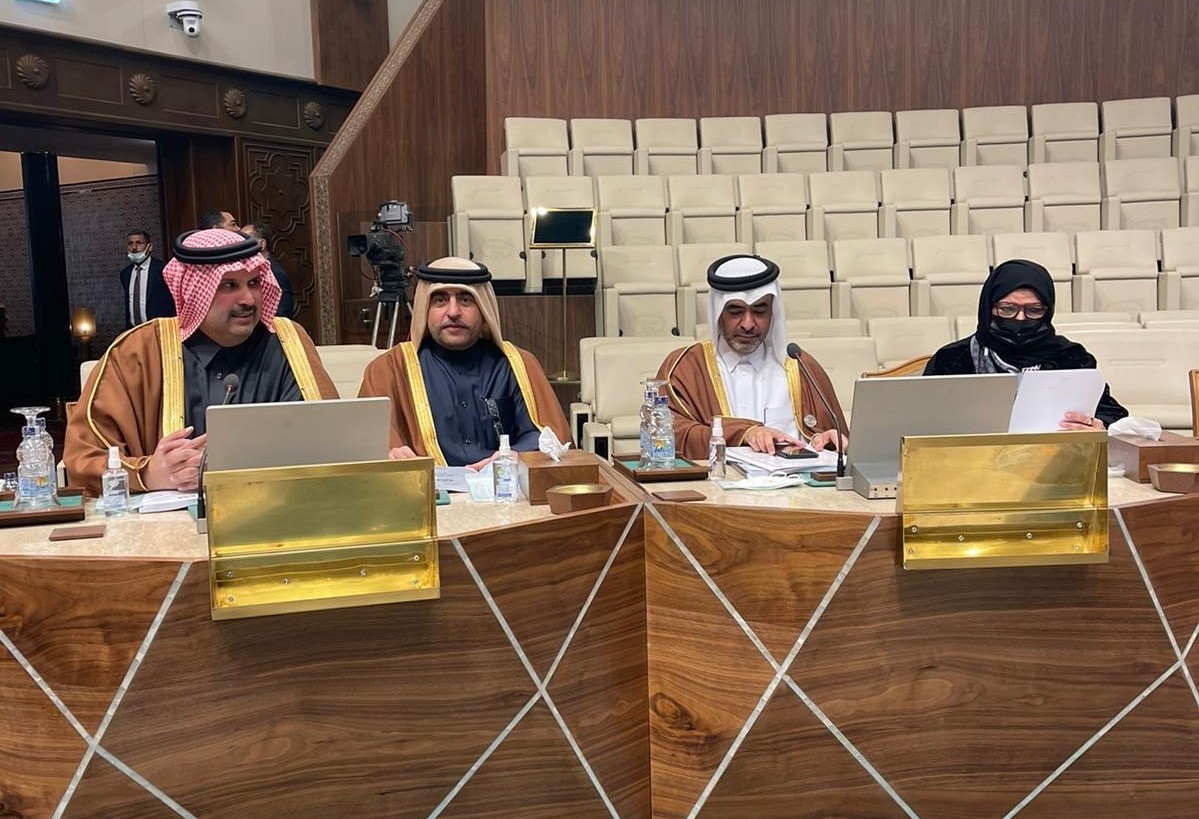 The third meeting of the second session of the third legislative term of the permanent committees of the Arab Parliament was held in Cairo today, at the headquarters of the General Secretariat of the League of Arab States. The Shura Council was represented in the session by HE Sheikha bint Yousuf Al Jufairi, HE Issa bin Ahmed Al Nasr, HE Salem bin Rashid Al Muraikhi, and HE Hamad bin Abdulla Al Mulla, members of the Arab Parliament. The session discussed the overall developments and Arab issues, as well as the developments of the Yemeni and Libyan crises, and a number of topics related to strengthening the joint Arab action. The session reviewed the results of the Palestine Committee meeting, and the results of the meetings of the four permanent committees of the Arab Parliament, which during their meetings dealt with a number of topics, including an Arab draft law to protect the Arabic language, the social situation in the Arab world, support and development of education in the Arab world, and combating violence against women. The session reviewed also the economic integration between Arab countries, the role of the private sector in promoting intra-regional trade, the human rights situation in the Arab world, the development of the prison system and rehabilitation centers in Arab countries, legislation, laws and human rights in the Arab world, as well as a discussion of political and security developments in the Arab world. On the other hand, during the session, HE Sheikha bint Yousuf Al Jufairi was approved for membership in the Palestine Committee, while HE Issa bin Ahmed Al Nasr was approved for membership in the Joint Committee on Sustainable Development.