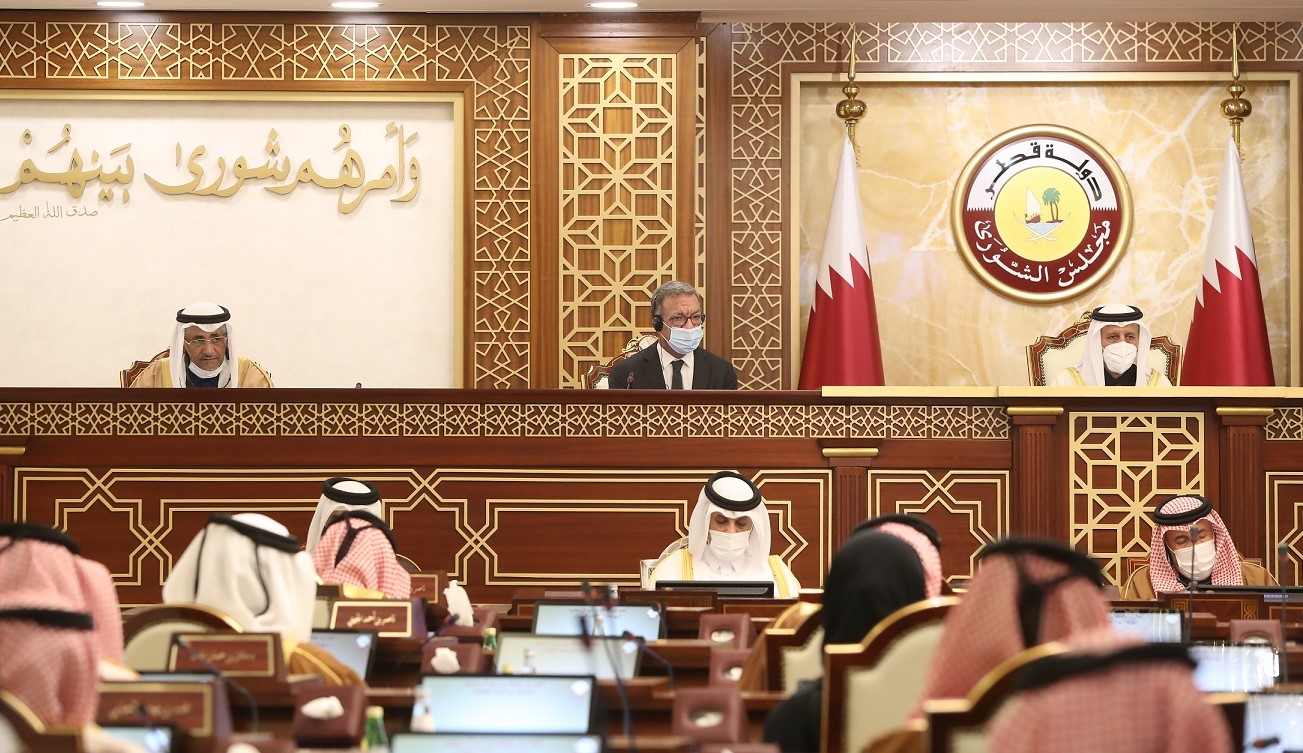 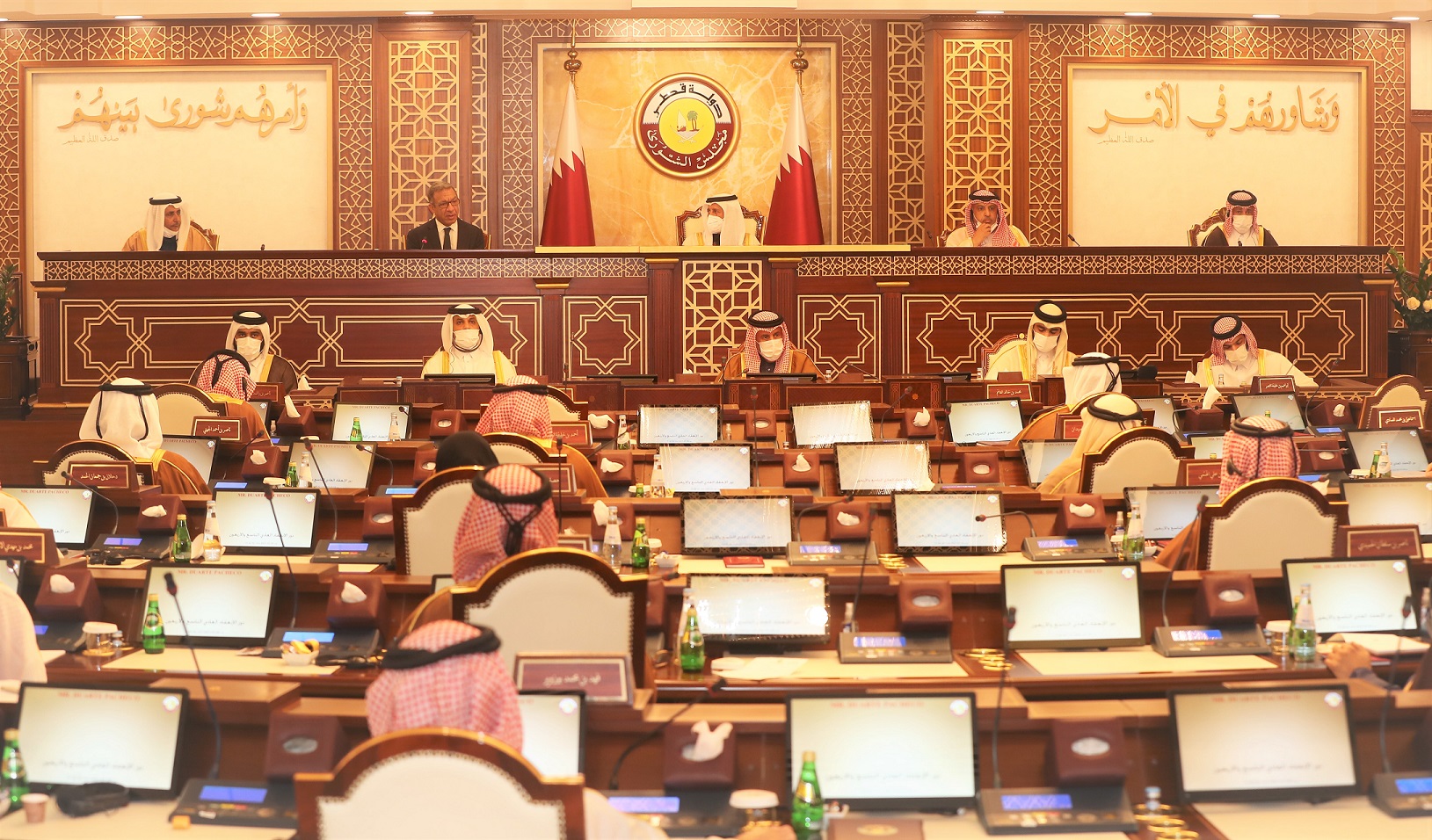 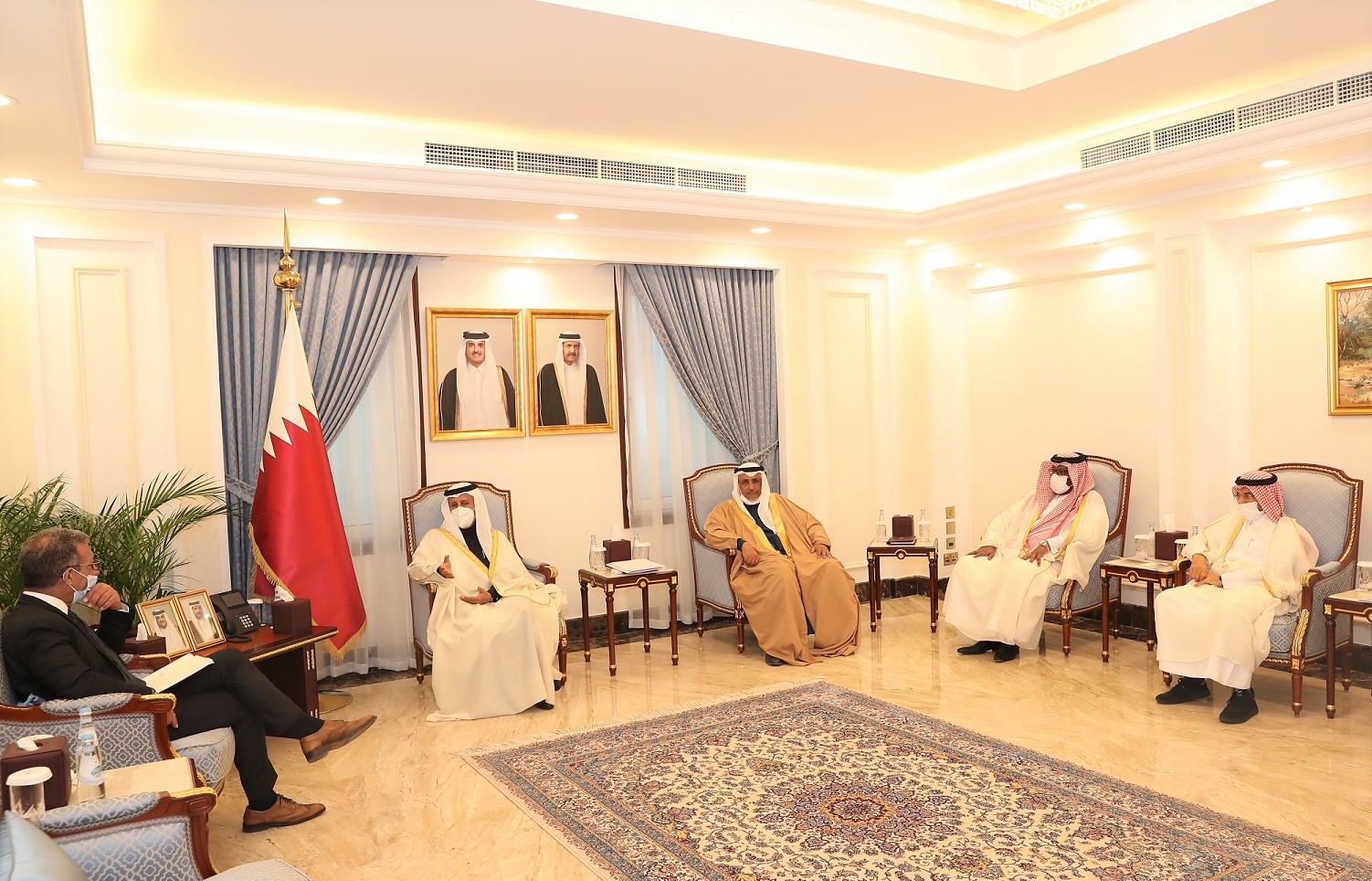 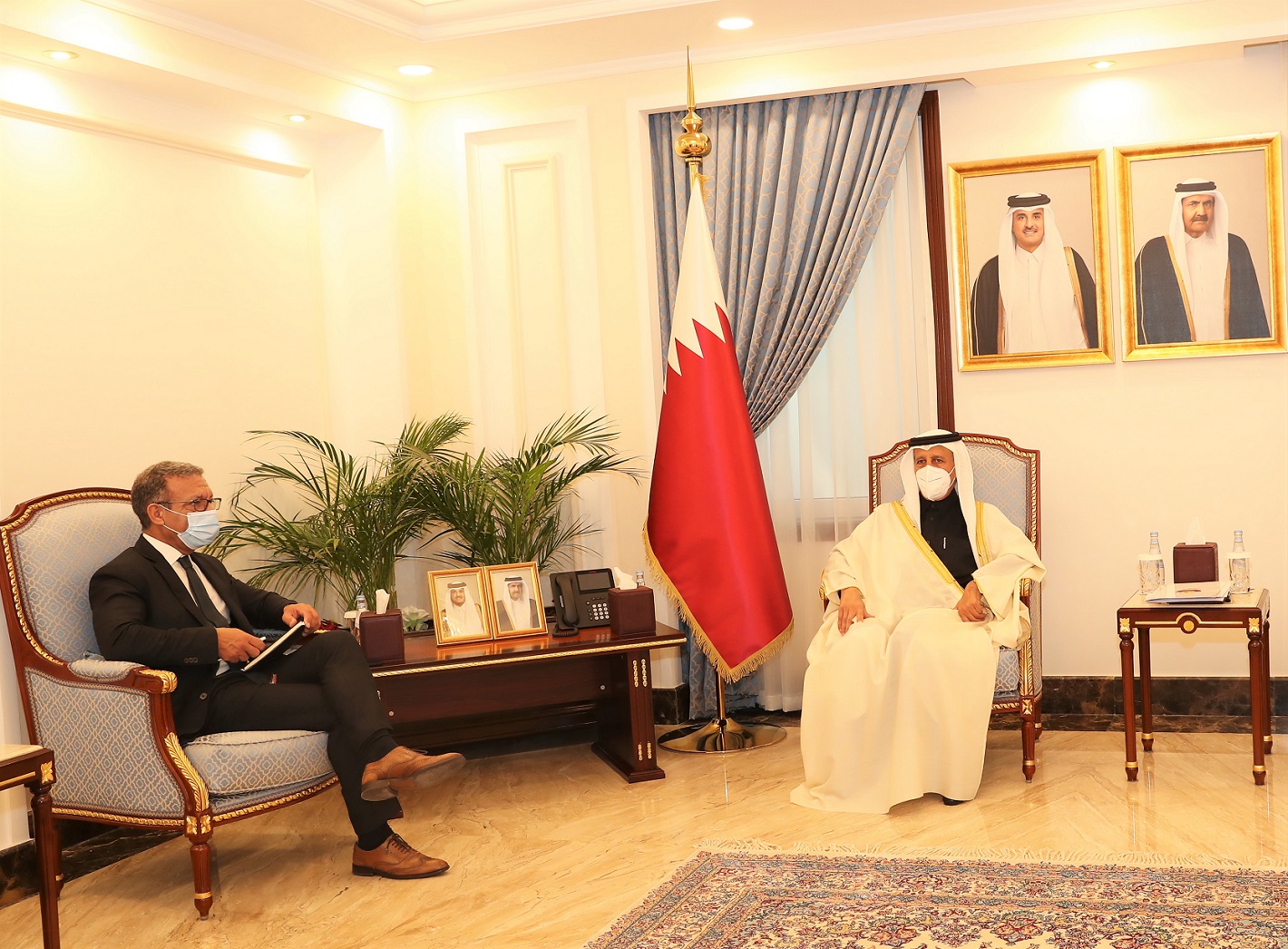 HE Speaker of the Shura Council Ahmed bin Abdullah bin Zaid Al Mahmoud met on Monday with HE President of the Inter-Parliamentary Union (IPU) Duarte Pacheco, who is currently visiting the country.

HE the Speaker of the Shura Council underlined the keenness of the Council on developing the cooperation with the IPU, and renewed thanks to the Union for its support for the UNOCT Programme Office on Parliamentary Engagement in Preventing and Countering Terrorism, which was agreed to be headquartered in Doha and its activities cover the parliaments of the world. HE Ahmed bin Abdullah bin Zaid Al Mahmoud also looked forward to the IPU support for the Global Organization of Parliamentarians Against Corruption, which elected HE the Speaker of the Shura Council as its Chairman, and its Secretariat General will be headquartered in Doha.

For his part, HE President of the Inter-Parliamentary Union (IPU) Duarte Pacheco praised the active role of the Shura Council, its initiatives and appreciated contributions to promoting the parliamentary work regionally and internationally, and expressed his happiness to visiting the State of Qatar as his first official visit since his election as the IPU President in November 2020.

During the meeting, they discussed means of developing the cooperation between the Shura Council and the Inter-Parliamentary Union, and ways to improve the Unions performance and enhance its role which expresses the aspirations of peoples in various countries of the world.