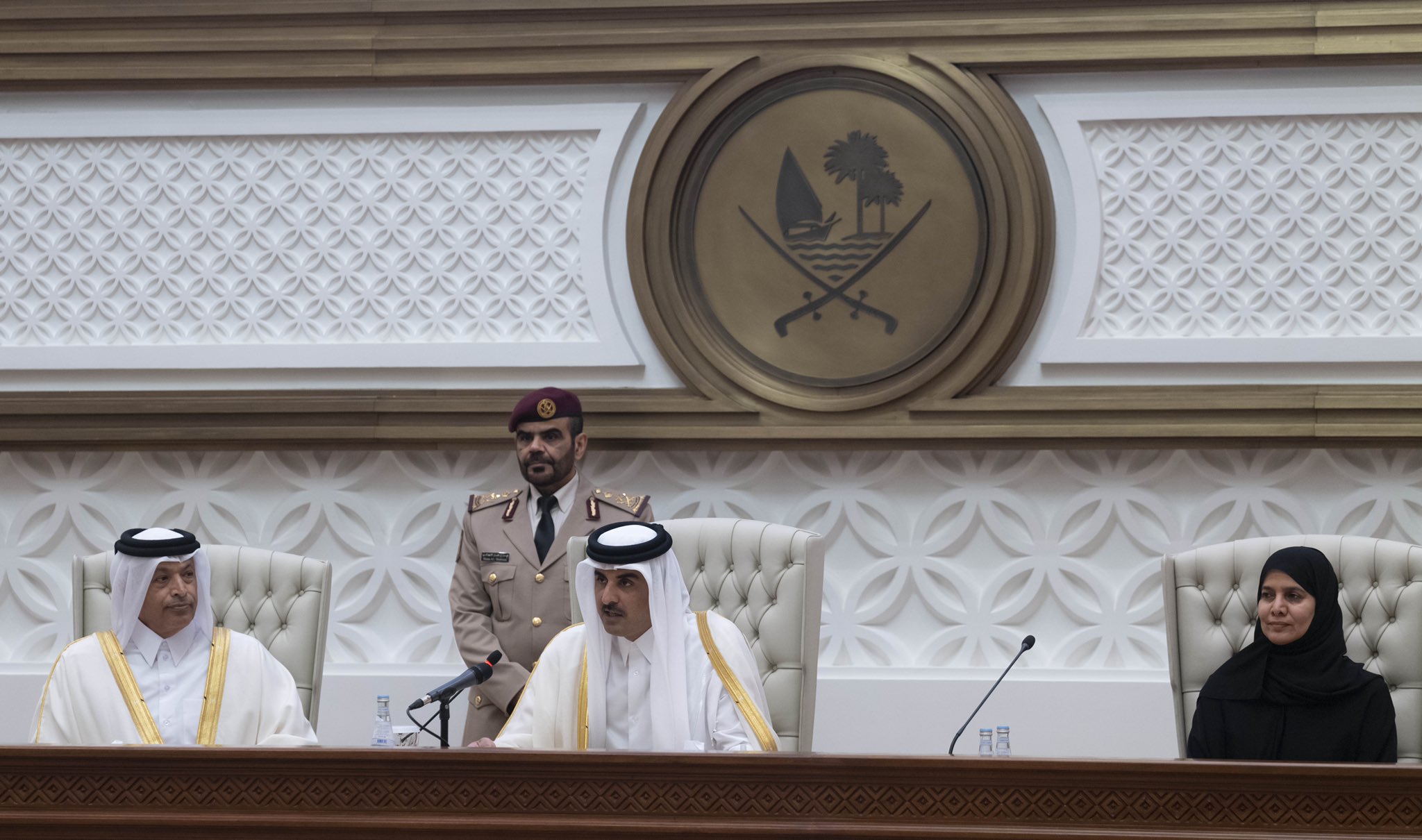 HE Deputy Speaker of the Shura Council Dr. Hamda bint Hassan Al Sulaiti noted that HH the Amir Sheikh Tamim bin Hamad Al-Thani patronized the inauguration of the second ordinary session of the first legislative term, corresponding to the Shura Council's 51st annual session, stressing that His Highness' patronization is a great motivation for the council to exert its efforts to achieve the comprehensive development of the country, and to be the best representative of the citizens in pursuit of their hopes and aspirations.

In a statement on the sidelines of the opening of the new session, Her Excellency praised the speech of HH the Amir, stressing its comprehensiveness and adequacy, as it outlined the country's internal and external policy, through which His Highness reviewed the achievements that have been made - enabling the State of Qatar to occupy a prominent position among the countries of the world.

Her Excellency extended her deepest thanks and gratitude to HH the Amir, for his continuous and unlimited support for the Shura Council, stressing that this support comes as an embodiment of the wise leadership's support for popular participation through the support of this leading national institution.

Her Excellency expressed her appreciation for the efforts of the Shura Council members during the last session, noting that she looks forward to a new beginning for the council during the next stage, to meet the aspirations of citizens and achieve comprehensive development in accordance with Qatar National Vision 2030.

HE Deputy Speaker of the Shura Council Dr. Hamda bint Hassan Al Sulaiti added that the second session coincides with the country's hosting of the FIFA World Cup Qatar 2022, pointing out that the Shura Council will harness its efforts along with various state authorities to make this hosting a success, which will be a distinctive and exceptional version, as it is the first eco-friendly and carbon-neutral version of its kind.