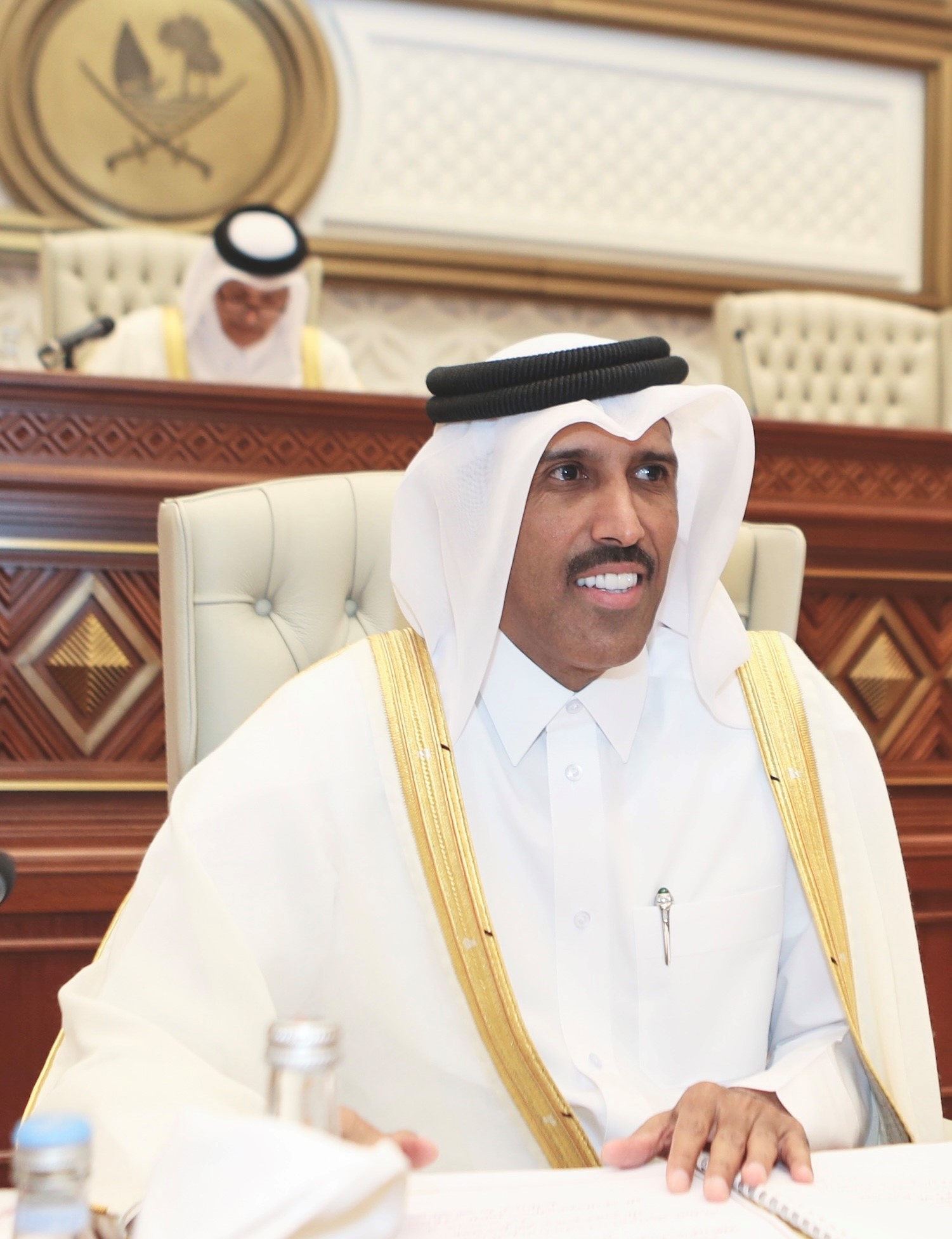 HE Secretary-General of the Shura Council Dr. Ahmed bin Nasser Al Fadhala affirmed that the lofty speech of HH the Amir Sheikh Tamim bin Hamad Al-Thani at the inauguration of the second ordinary session of the first legislative term, corresponding to the Shura Council's 51st annual session, highlighted the country's achievements in various sectors and set the future plans to continue on the path of progress and prosperity in all fields.

In a statement on the sidelines of the inauguration ceremony of the new session of the Shura Council, His Excellency stated that the speech of HH the Amir was, as usual, comprehensive and integrated, in which HH the Amir addressed the state's local policies and its future priorities in various sectors, in addition to touching on economic affairs and the progress achieved by Qatar in this aspect, as well as the positive outcomes the country achieved in the field of food security.

He added that HH the Amir also referred to sustainable development and environment protection efforts.

The speech of HH the Amir highlighted on the important hosting of the FIFA World Cup Qatar 2022 next month, and the malicious campaigns against it, he explained.

HE the Secretary-General of the Shura Council affirmed that the directives that came in the speech of HH the Amir were sound directives that push every citizen and resident to do everything in their power, each from their position, to raise the name of Qatar high, by working towards development in various fields, building a responsible citizen who realizes their rights and duties, and who transcends materialistic consumer values and rather prioritizes substance over appearance.

His Excellency pointed out that the attention paid by the wise leadership to the Council and the continuous support that the Council receives are a motivation for the Council to move towards achieving its goals and carry out its duties of oversight and legislation, stressing that the elected Council is moving steadily towards development.

He added that the wise leadership has provided all support to the Council, in order for it to be a reflection and embodiment of the aspirations of citizens, and to assist the wise government in advancing development in a manner that achieves Qatar National Vision 2030.

HE Secretary-General of the Shura Council Dr. Ahmed bin Nasser Al Fadhala praised the efforts of the Council and all its members during the first session, praising in this context the effort of the staff of the General Secretariat, and calling on them to do more to achieve the country's advancement through this leading national institution.