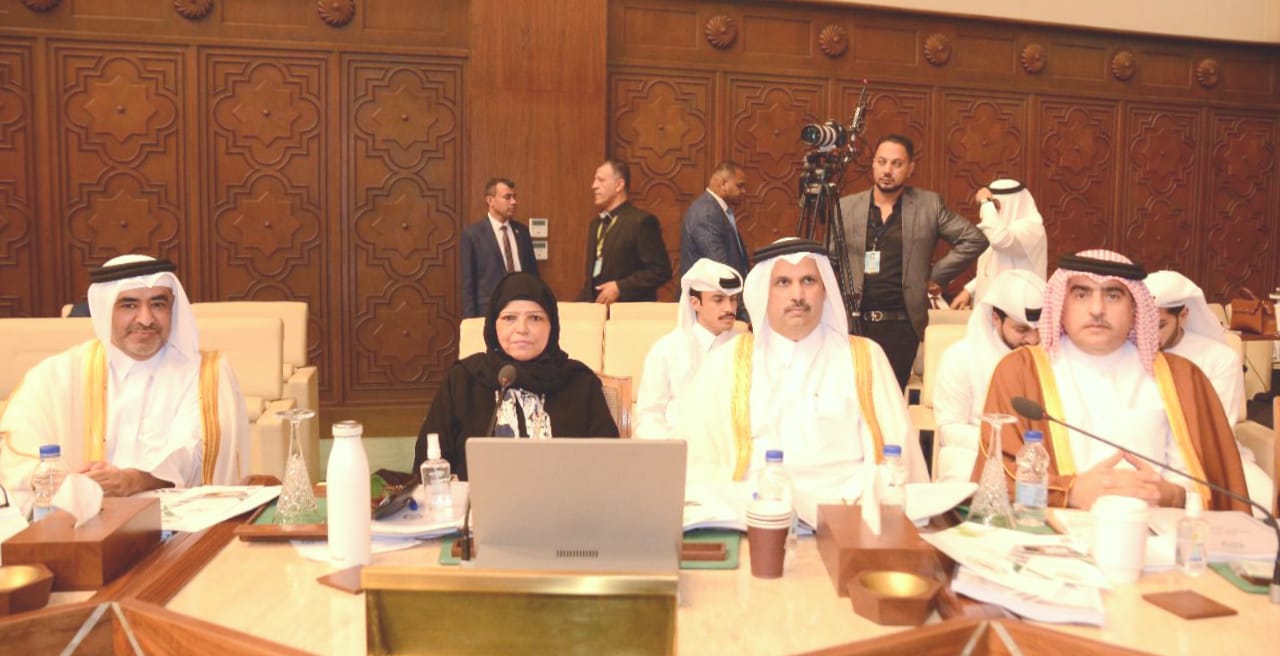 The Shura Council participated in the work of the second plenary session of the third meeting of the third legislative term of the Arab Parliament, which was held Saturday at the headquarters of the General Secretariat of the League of Arab States in Cairo.
The Shura Council was represented in the session by HE Shaikha bint Yousuf Al-Jufairi, HE Essa bin Ahmad Al-Nassr, HE Salem bin Rashid Al-Meraikhi, and HE Hamad bin Abdulla Al-Mulla, members of the Council, members of the Arab Parliament.
The session discussed a number of issues related to strengthening joint Arab action, and discussed the overall developments on the Arab arena, especially the developments in the occupied Palestinian territories.
In this context, participants discussed a draft resolution on the Palestinian issue, in which it reiterated the firm and supportive position of the Palestinian cause, and its support for the struggle of the Palestinian people to obtain their legitimate rights, which were approved by international legitimacy, and adherence to the Arab Peace Initiative.
The project commended the recent UN resolutions in the General Assembly, especially the decision to go to the International Court of Justice on the legal existence and continuation of the occupation.
The session also discussed the results of the meetings of the standing committees of the Arab Parliament, which reviewed a number of topics, including an Arab guiding draft law to combat domestic violence, and a proposal on rights, resources and opportunities for both sexes in order to achieve social justice, as well as the economic integration among Arab countries, the initial draft of a road map to combat child labor, developments in the Arab arena, during the past period, and other topics.