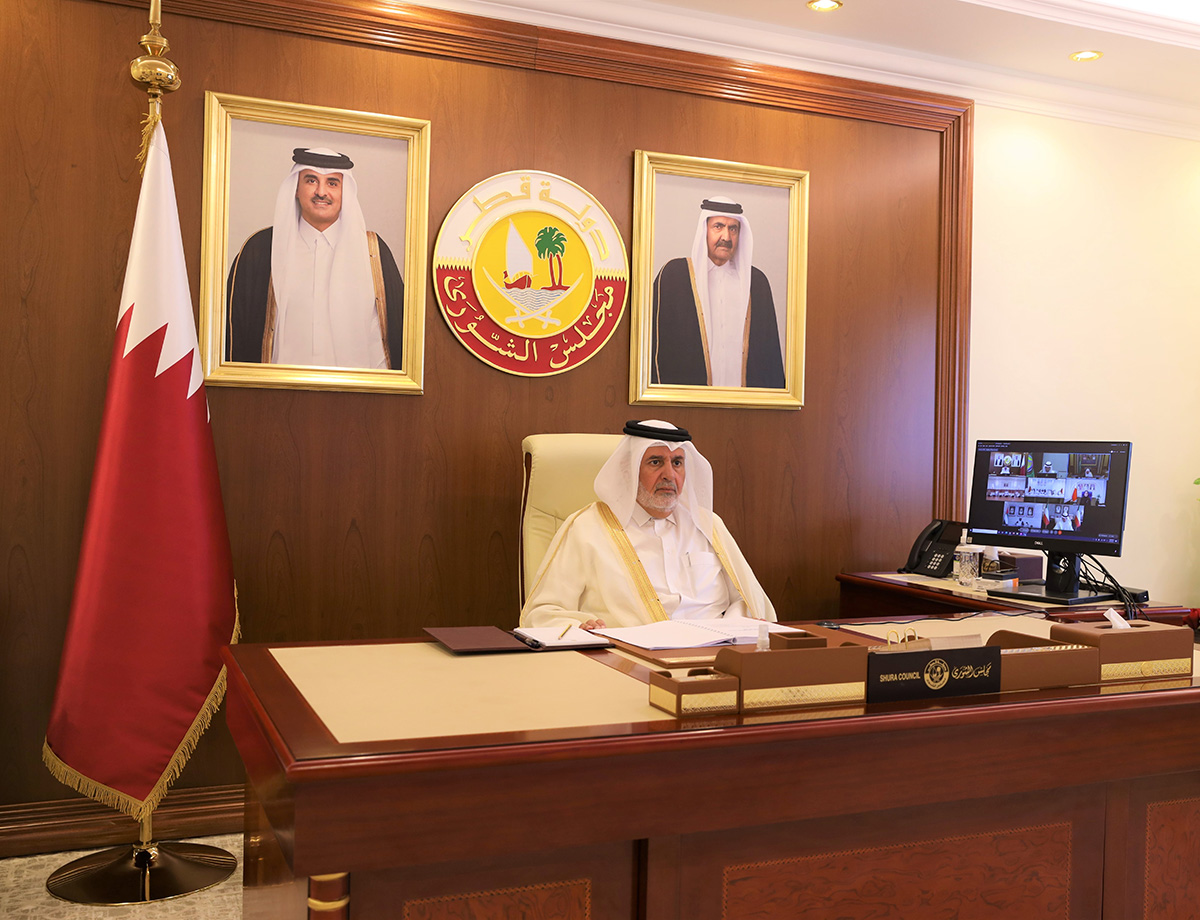 The Shura Council participated in the 15th meeting of Their Excellencies Chairmen of the Shura, Representatives, National and Ummah Councils in the countries of the Cooperation Council for the Arab States of the Gulf (GCC), with a delegation headed by HE Secretary-General of the Shura Council Fahd bin Mubarak Al Khayarin in the presence of a number of the Council employees.

After reviewing the memorandum of the GCC General Secretariat on the Gulf-European Parliamentary Committee and cooperation with the parliaments of Latin American countries, and the reports prepared by the General Secretariat and the Parliamentary Coordination Committee of the Gulf legislative councils, the meeting approved all the reports on its agenda.

Also, the meeting chose the topic (the common policies of the GCC countries to implement the Middle East Green Initiative in the face of the repercussions of climate change) as the common Gulf topic for 2022.