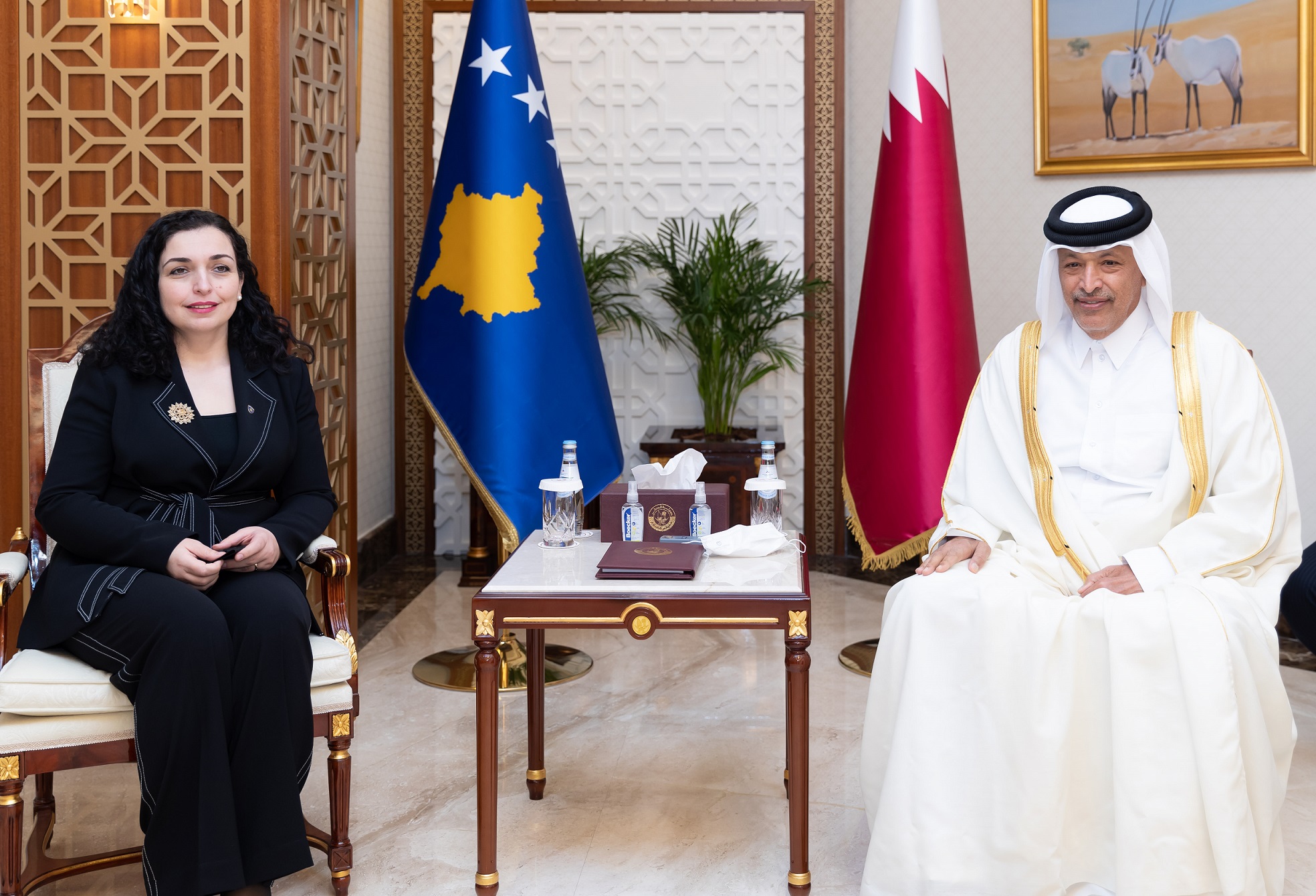 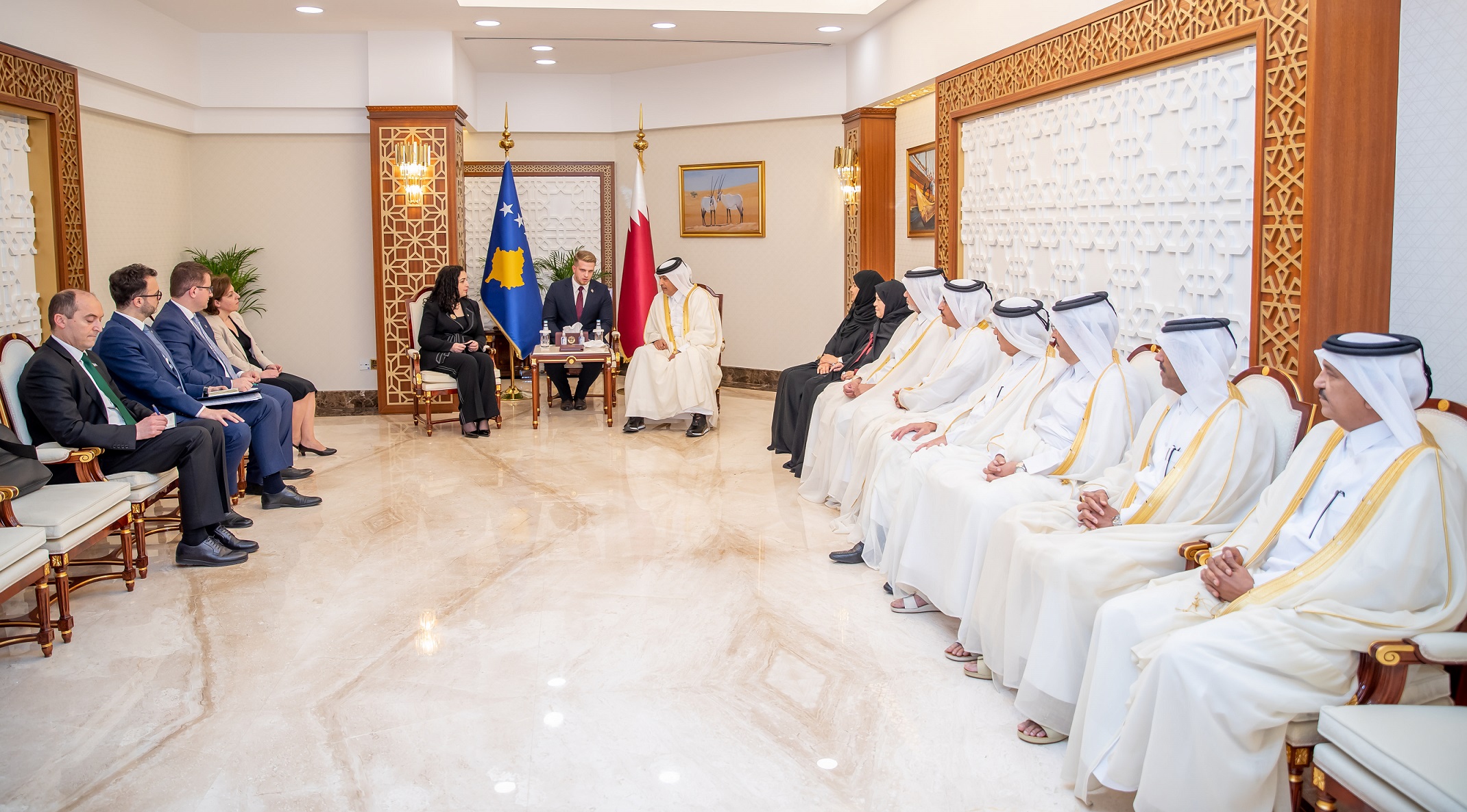 HE President of the Republic of Kosovo Vjosa Osmani visited on Monday the Shura Council as part of her visit to the country to participate in the 2022 Doha Forum, which concluded Sunday.

During the meeting, HE the Speaker of the Shura Council welcomed HE President Vjosa Osmani, praising her visit to the Council, and hailing the depth of the relations that bring together the two friendly countries and peoples. Also, they reviewed the relations between the two countries and ways to strengthen them, especially in the field of parliamentary cooperation.

For her part, HE the President of the Republic of Kosovo valued the relations between the two countries and peoples, expressing her happiness at visiting the Shura Council. Also, she praised the success of the first legislative elections of the Council, which were held in October. She stressed the importance of strengthening cooperation relations in the parliamentary field, due to its importance in bringing nations and peoples together.