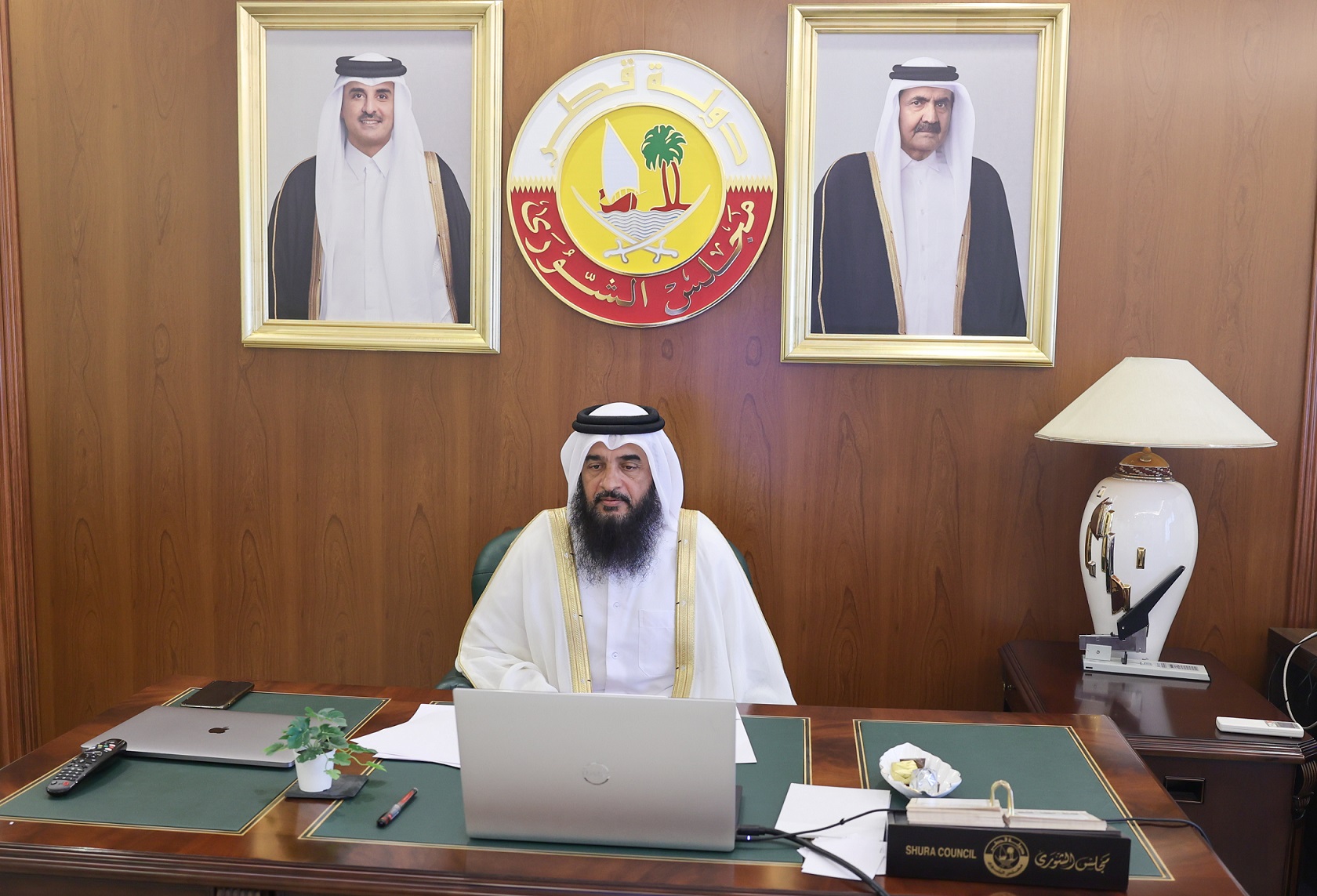 The Shura Council participated Thursday via videoconferencing in the symposium on "common policies of the Cooperation Council for the Arab States of the Gulf (GCC) for the implementation of the Middle East Green Initiative in addressing the repercussions of climate change." HE Member of the Council Khalid bin Ghanem Al Maadeed represented the Shura Council in the symposium.

The symposium, in which a number of parliamentarians and government officials from the GCC and several experts and specialists in the field of environmental sciences participated, touched on the GCC initiatives to contribute to the implementation of the Middle East Green Initiative. In this context, working papers of the GCC countries on their vision for implementing the initiative were presented.

Also, the symposium dealt with the issue of the partnership between civil society and local and international organizations to confront the repercussions of climate change, to exchange experiences and knowledge between the Gulf authorities and the relevant authorities.

The working paper presented by HE Khalid bin Ghanem Al Maadeed included the "Qatar green" initiative, which highlights the country's interest and efforts in facing climate change, as Qatar launched, in conjunction with the Middle East Initiative, its National Strategy for Environment and Climate Change 2030 and the National Action Plan for Climate Change to protect the environment, promote the preservation of the life of the population and ensure long-term economic resilience, which emerged from the Qatar National Vision 2030, and in line with the UN Sustainable Development Goals.

The paper also included the measures and steps taken by Qatar to organize the first carbon-neutral FIFA World Cup by adhering to the standards for reducing carbon emissions in the design and construction of the eight stadiums for the FIFA World Cup Qatar 2022.