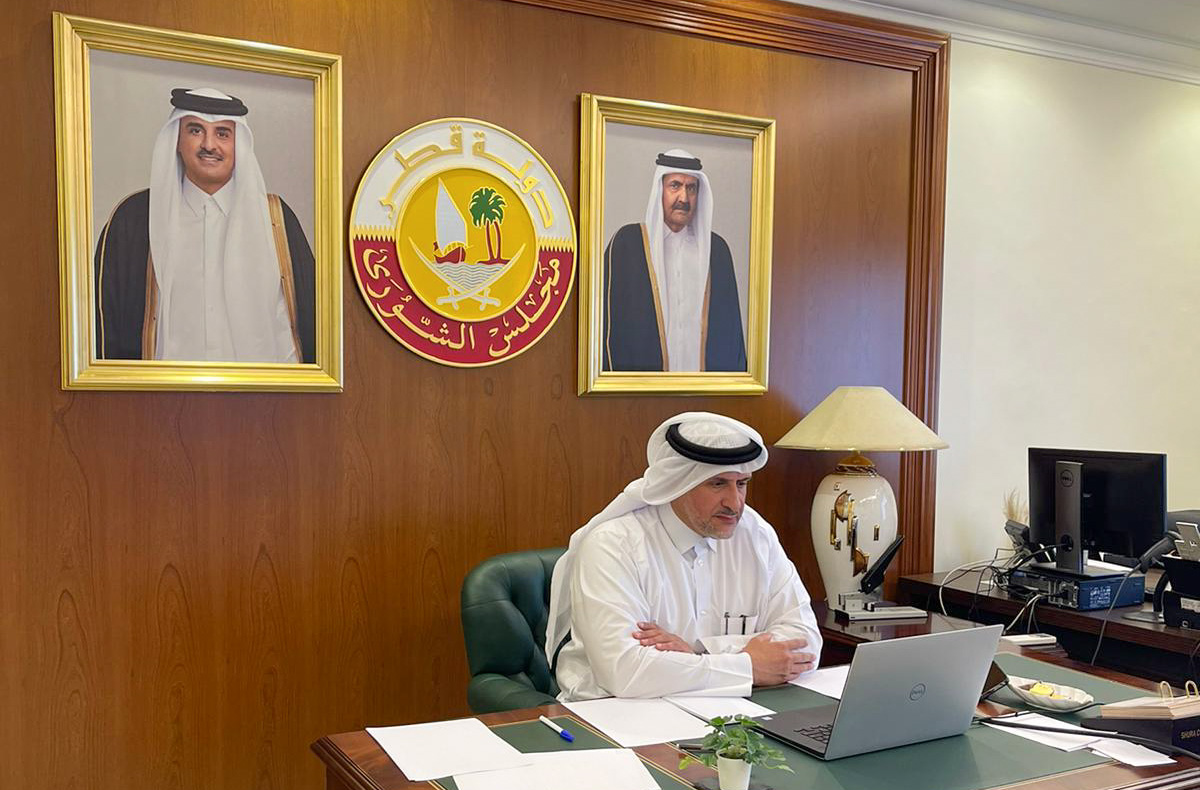 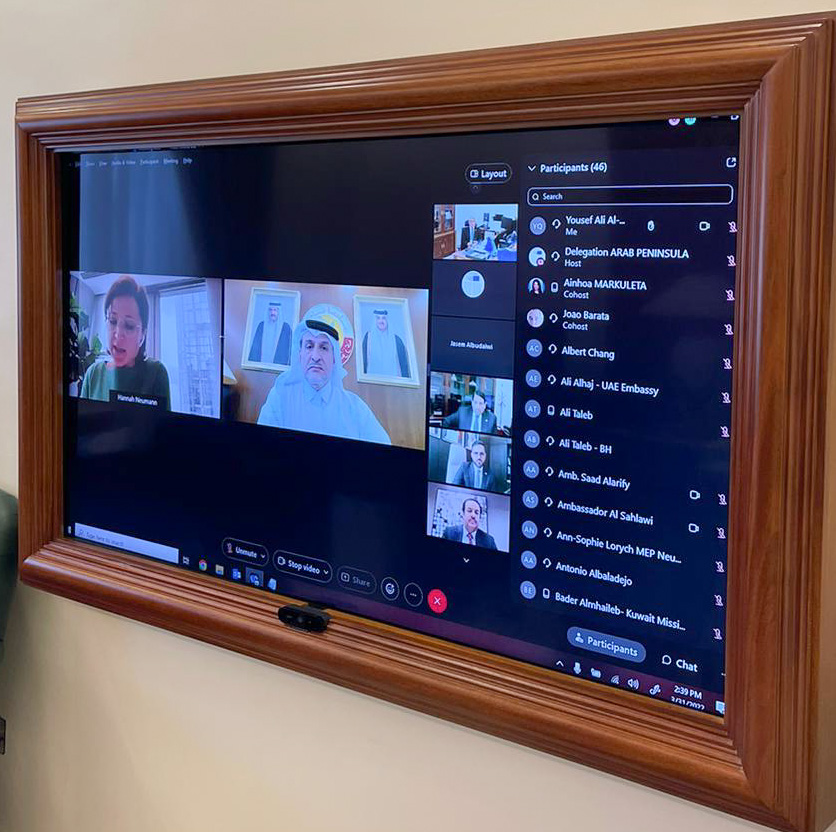 The Shura Council participated in the meeting of the delegation of European relations with the Arabian Peninsula in the European Parliament, which is devoted to exchanging views on the war in Ukraine and its impact on Gulf-European relations.

The Shura Council was represented at the meeting by HE Yousef bin Ali Al-Khater, member of the Council.

In his speech during the meeting - which was held remotely - HE Yousef bin Ali Al-Khater stressed that the Russian-Ukrainian crisis is a global crisis that will have its effects on global international relations, especially economic relations between countries, due to the halting or stumbling of exports and imports to and from these two large producing countries.

His Excellency reiterated the position of the State of Qatar rejecting the use of violence to resolve issues and political differences between countries, and the need to resort to a political and diplomatic solution and to spare innocent citizens the scourge of wars and disputes, praising the moderate and balanced policy of the State of Qatar with the two parties to the conflict, as it sought to resolve differences between the two parties, and expressed its position from the war, calling for a peaceful solution through its good offices to mediate between the two parties.

His Excellency noted the role of the State of Qatar in mediation, which contributed to resolving many regional and international disputes, the latest of which was mediating convergence of views between the United States and the Taliban.