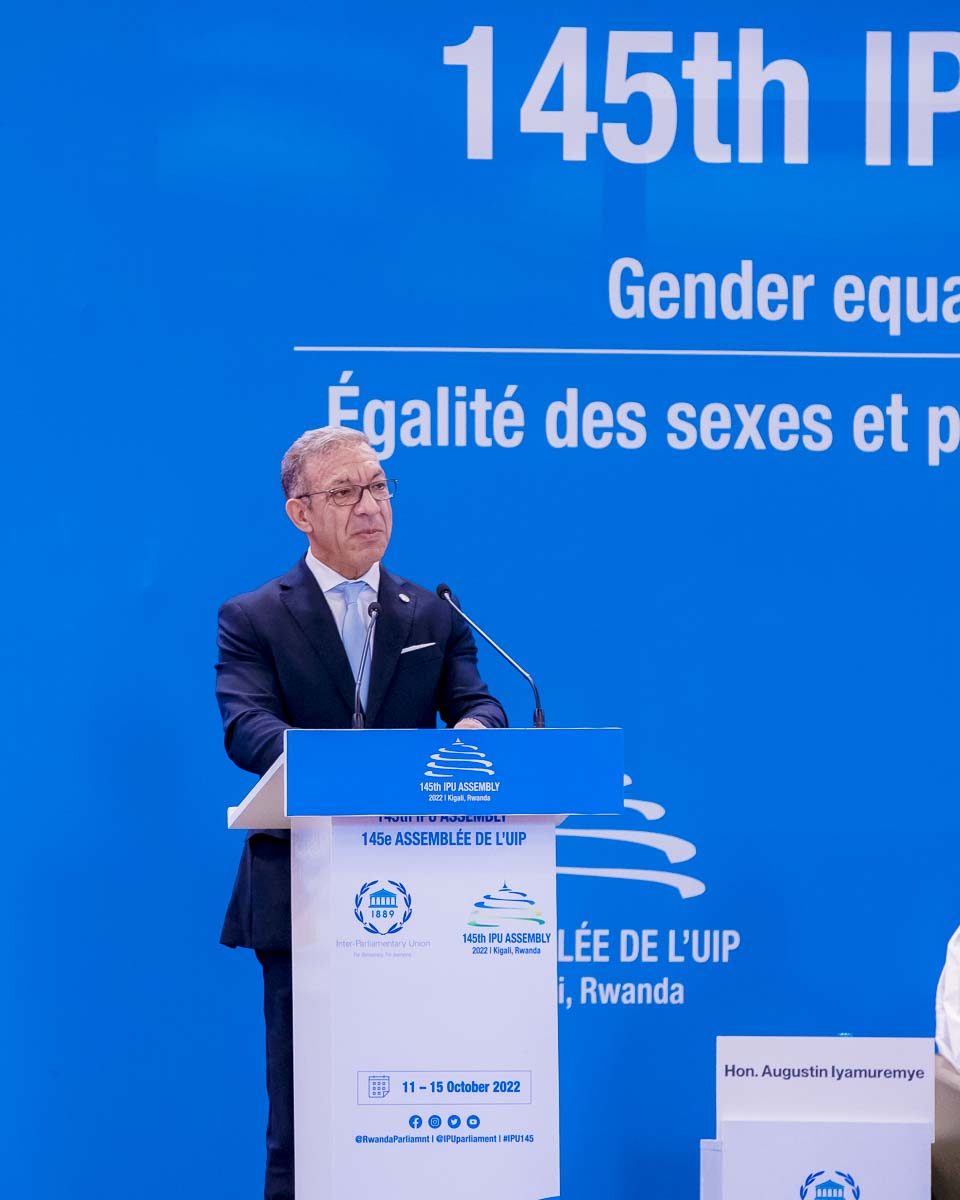 HE President of the Inter-Parliamentary Union (IPU) Duarte Pacheco praised the great efforts made by the State of Qatar, at various levels, to prepare for hosting the FIFA World Cup Qatar 2022. This came in his opening speech to the 145th IPU Assembly, which started Tuesday at the Rwandan capital, Kigali, and continues for five days. Pacheco said that the State of Qatar made great efforts to host this international football event, praising in this context the stadiums it built to host the tournament according to the highest standards. IPU President valued the decision taken by the State of Qatar to dismantle 170,000 seats and grant them to developing countries as assistance to improve the sports infrastructure of those countries, indicating that this decision supports the goals of sustainable development and contributes to enhancing the opportunities of developing countries. His Excellency also expressed his satisfaction that this edition of the tournament is committed to health and environmental aspects. He said that it will be the first carbon-neutral tournament, adding that these measures confirm Qatar's orientation towards mitigating the effects of climate change and preserving the environment. The Shura Council participates in the 145th IPU Assembly with a delegation headed by HE Deputy Speaker Dr. Hamda bint Hassan Al Sulaiti. The meetings of the 145th Assembly, on the theme "Gender equality and gender-sensitive parliaments as drivers of change for a more resilient and peaceful world." All IPU's statutory bodies, including the Governing Council, Standing Committees, Committees on the Human Rights of Parliamentarians, the Forum of Women Parliamentarians, and the Forum of Young Parliamentarians, will convene during this Assembly. The Assembly is scheduled to discuss the topic "Parliamentary momentum to advance the local and regional development of countries with high levels of international migration and stopping all forms of human trafficking and human rights abuses, including those sponsored by the state."