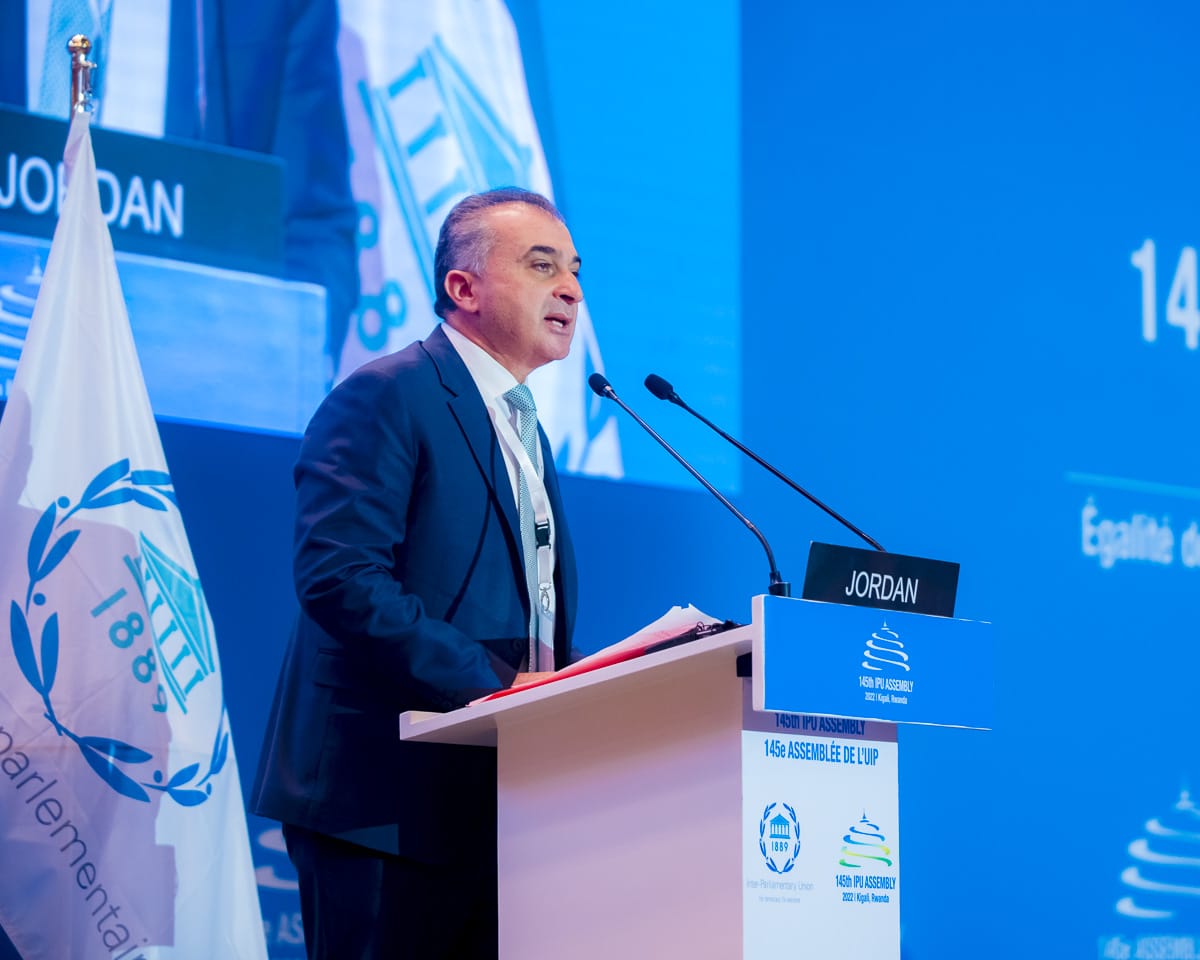 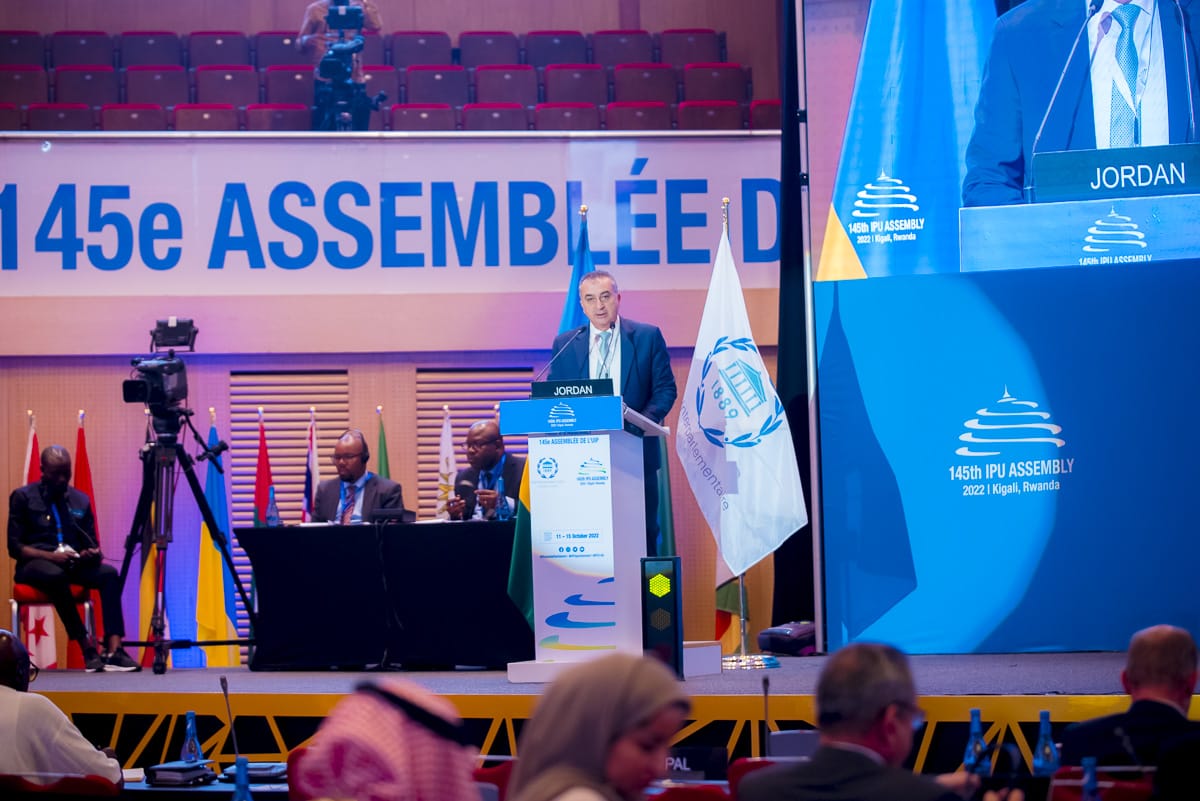 The Second Deputy Speaker of Lower House of the sisterly Hashemite Kingdom of Jordan Eng. Haitham Ziyadin praised the efforts made by the State of Qatar to host FIFA World Cup Qatar 2022, expressing his utmost pleasure and pride for this hosting. In his remark delivered before the 145th Inter-Parliamentary Union (IPU) Assembly currently being convened in the Rwandan capital, Kigali, His Excellency said that he thanks the brothers in the State of Qatar who have lighted the candle of hope through hosting FIFA World Cup Qatar 2022, adding that he is entirely confident in Qatar's ability to host this major event. Qatar's hosting FIFA World Cup Qatar 2022 received the attention of the attendees during IPU's meeting, as the attending delegations expressed their admiration for Qatar's preparations and facilitations for the tournament in their bilateral meeting with the State of Qatar's delegation, and reaffirmed their full support to this global event which is held for the first time in the Middle East region. In his inaugural remark before the Inter-Parliamentary Union (IPU) Assembly, the President of the IPU Duarte Pacheco praised the enormous efforts made by the State of Qatar at various levels in preparation for hosting the world cup. The Shura Council is also participating in the meetings of IPU with a delegation chaired by HE Deputy Speaker of the Shura Council Dr. Hamda bint Hassan Al Sulaiti.