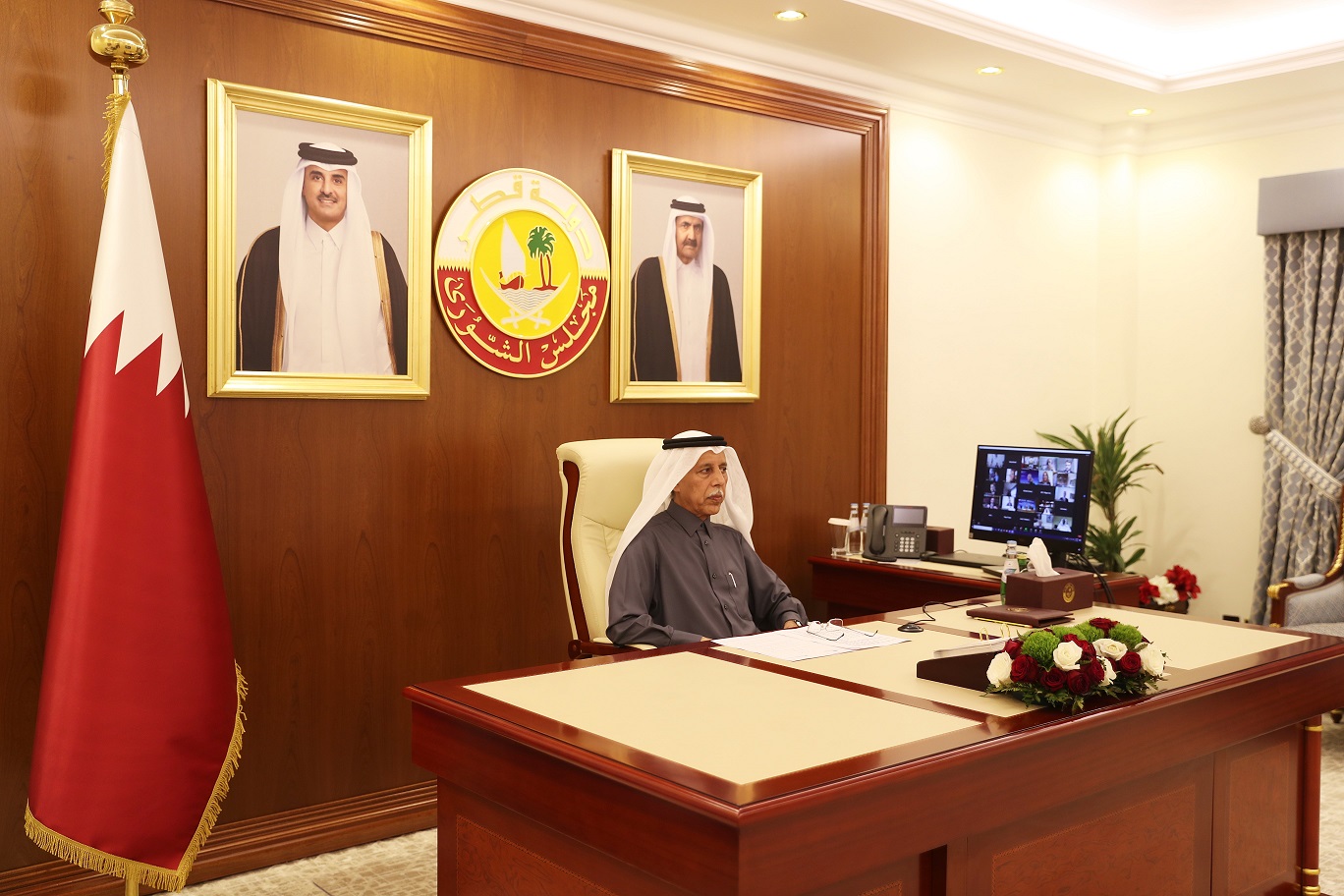 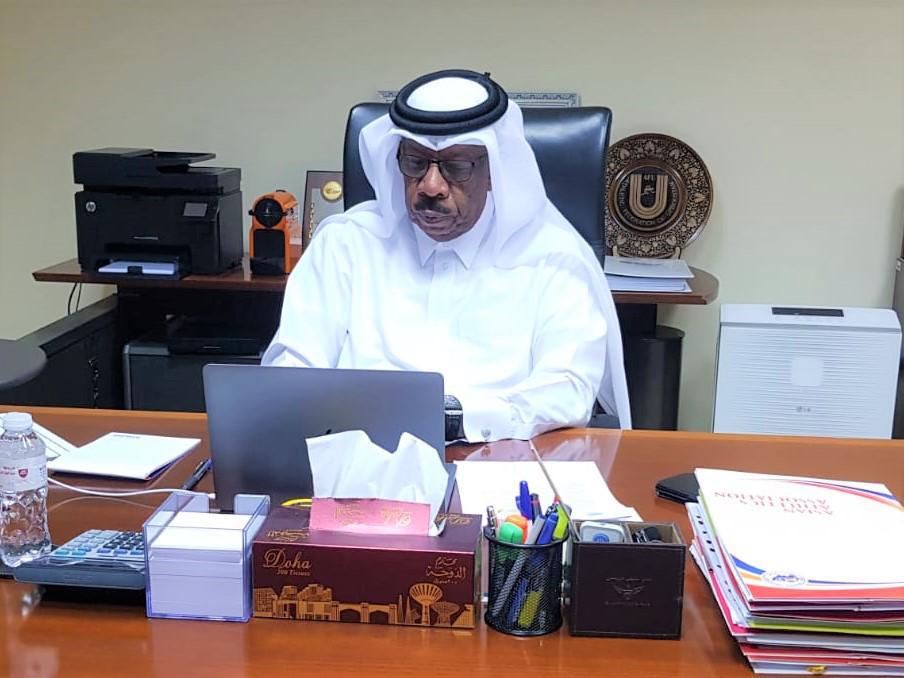 The Special Committee on Counter Terrorism of the Parliamentary Assembly of the Mediterranean (PAM) held a virtual meeting in which HE the Speaker of the Shura Council Ahmed bin Abdullah bin Zaid Al Mahmoud participated at the invitation of the Assembly.

His Excellency delivered a speech at the opening session of the meeting, during which he welcomed the signing of a memorandum of understanding (MoU) between the United Nations Office of Counter-Terrorism (UNOCT) and the PAM to support cooperation between the two sides and to mobilize parliamentarians' contribution to support the activities of the office.

In his speech, HE the Speaker of the Shura Council highlighted the Council's efforts in the field of strengthening parliamentary participation worldwide in combating terrorism, referring to an MoU he signed at the UN headquarters in New York in Feb. 2020 with HE Under-Secretary-General of the United Nations for Combating Terrorism Vladimir Voronkov. He also referred to the agreement signed in Nov. 2020 to establish UNOCT Program Office in Doha and its activities covering all parliaments of the world.

His Excellency expressed his aspiration for more cooperation and coordination between the PAM and the Shura Council, stressing that all possible efforts will be made with the UNOCT to work to eliminate terrorism in the world and ensure security, peace and stability, as this is a necessary condition to fight poverty, deprivation and marginalization, and to devote all potentials to economic and social development.

HE Member of the Shura Council and member of the PAM Dahlan bin Jamaan Al Hamad spoke at the meeting and touched on the Council's efforts to mobilize international parliamentary support to combat terrorism, stressing that the UNOCT concerned with parliamentary participation in preventing and combating terrorism will work diligently, from its headquarters in Doha, to develop and strengthen the parliamentary role in this field, which is a qualitative addition to the efforts to combat terrorism. He also provided a detailed explanation of the functions and terms of reference of the office.

HE Under-Secretary-General of the UN for Combating Terrorism Vladimir Voronkov and HE Assistant Secretary-General of the UN and Executive Director of the Counter-Terrorism Committee Executive Michele Coninsx and Chairman of the PAM's Special Parliamentary Committee Gennaro Migliore participated in the meeting of the Special Parliamentary committee on Counter Terrorism, during which the Assembly signed an MoU with the UNOCT.

The meeting discussed supporting international and regional cooperation in combating terrorism, the role of parliamentarians in that, and how to face the existing challenges in this field.