Secretary-General of Shura Council: Intensive Preparations for the Start of Second Session Next Tuesday 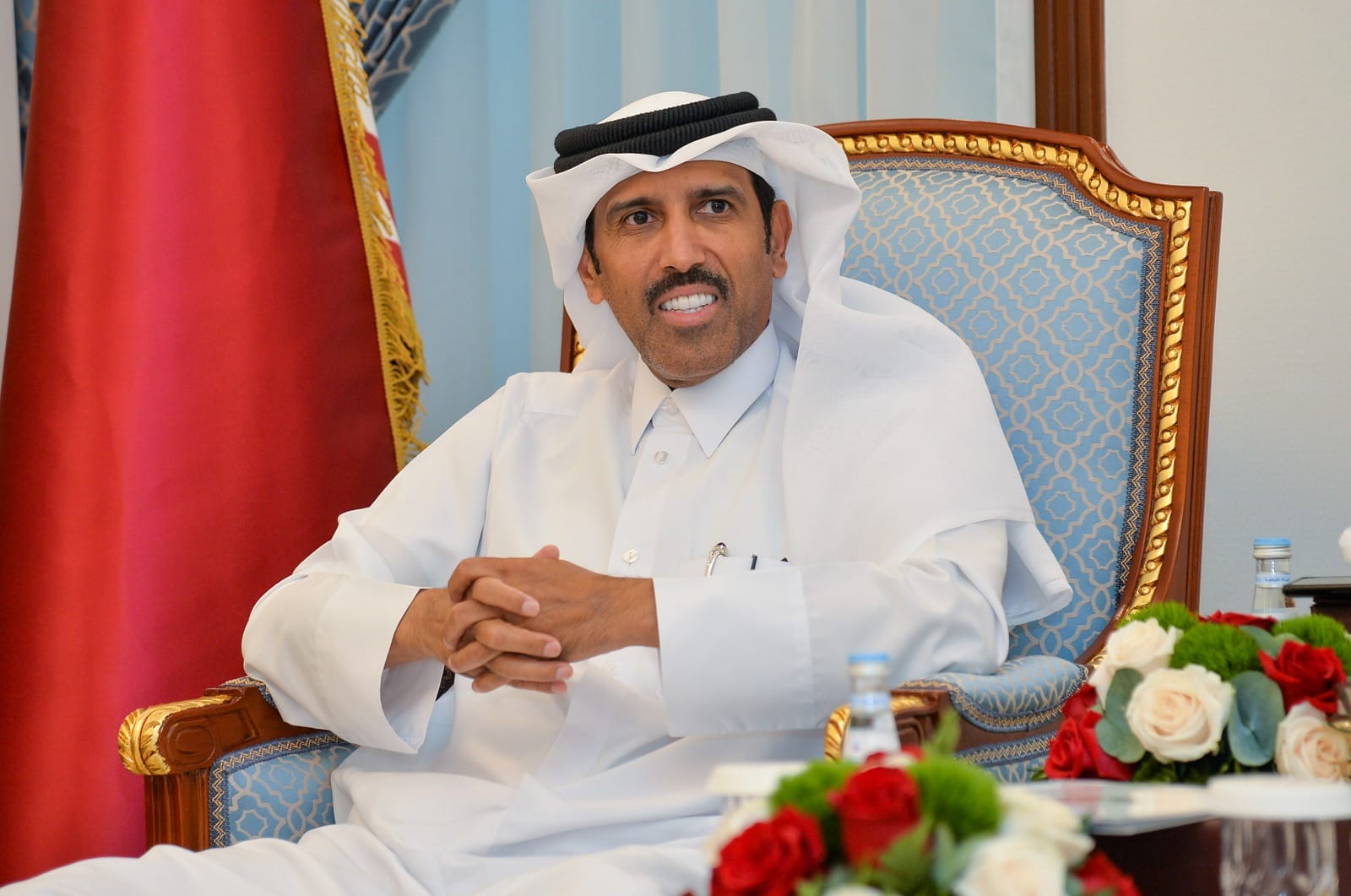 HE Secretary-General of the Shura Council Dr. Ahmed bin Nasser Al Fadhala, affirmed the Council's readiness to start a new phase in its legislative process, as it is scheduled to start next Tuesday the second ordinary session of the first legislative term, corresponding to the 51 ordinary session.

HE Al Fadhala said, during a press conference today, that a committee was formed under his chairmanship to conduct and follow up the work of the opening of the second session, and preparing the various conditions and requirements, to be a distinctive start for the second session, especially since it is the first session to be held in the new hall of the Council, marking the start of a new stage in the country's legislative process.

His Excellency stressed that the General Secretariat made unremitting efforts during the first session, by attracting Qatari competencies, to provide the Council with qualified personnel with qualitative competence that are in line with the requirements of the current stage. It has also, during the past short period, accomplished many important organizational matters, such as approving the organizational structure and regulations for personnel affairs in the Council, defining the competence of departments, preparing buildings and supervising their implementation in the required manner.

His Excellency pointed out that the most prominent challenges that have been overcome lie in restructuring the General Secretariat in proportion to the competencies and workload of the elected council, as the number of council members has become 45 from 30, as well as expanding the powers of the council member with regard to oversight and legislation which requires keeping pace with this development in terms of the number of employees and their specializations.

His Excellency indicated that the updates during the last stage included the development of the council's administrative staff and the modernization of new buildings, while the general secretariat worked hard to ensure that the council's work proceeded in a perfect manner.

Regarding the preparations of the General Secretariat of the Council for the next session, His Excellency said that the work of the General Secretariat does not start with the beginning of the session and does not stop with its end, but rather it is in continuous work throughout the year by carrying out all the necessary administrative work, to provide all requirements to ensure the smooth functioning of the legislative process.

He added that the most prominent characteristics of the new building are the presence of the main hall, which accommodates approximately 500 people, in which the general sessions of the Council will be held and will also witness the opening session, while the two-storey building includes several facilities that meet the requirements of the current and future stage, as the building includes a reception hall that can accommodate approximately 50 people, as well as boards and side halls, and a meeting room equipped with all modern services and technologies, a hall for holding press conferences that accommodates about 50 people, and the basement parking can accommodate about 400 cars.

His Excellency noted that the design of the building was linked to the old building of the Council, which was completely renovated, to form one building, indicating that the building as a whole complies with the latest requirements of institutional work, and derives its design from the Qatari urban heritage. His Excellency stressed that the hall and the capacity of the new building will contribute to establishing a new stage towards informing public opinion about what is going on in the sessions, and the building will represent a qualitative leap for the work of the Council in general.

During the press conference,  HE Secretary-General of the Shura Council Dr. Ahmed bin Nasser Al Fadhala highlighted that the council's General Secretariat was able to complete many administrative and organizational works entrusted to it within a short period, including the preparation of the organizational structure and the list of personnel affairs, the general budget of the council and the formation of committees concerned with employees and workers in the Secretariat and committees to conduct the work of the Secretariat.
His Excellency explained that the personnel affairs regulation organized the mechanisms of recruitment, salaries, bonuses and allowances, staff development and training, vacations and promotions, and other organizational matters that contribute to creating a healthy working environment, as well as contributed to attracting competencies from national cadres and local expertise to work in the council.
His Excellency clarified that the expert bureau, the technical Bureau, the internal audit department, the members affairs department, and other departments and sections have been created that will contribute to facilitating the work of members and enhance the work of the council, as well as the improvements and updates made to previous departments, in terms of their development and restructuring to suit the needs of the council and the nature of its work.
HE Dr. Al Fadhala added that the General Secretariat has attracted a number of qualified and experienced female cadres in order to enhance the work and diversify the expertise in the General Secretariat, as this step comes from the fact that women have proven their competence as an actor in various fields of work, noting that women exercise their right to vote, run and choose who represents them within the Shura Council, and therefore it is natural to have an active presence in the administrative work of the council.
Regarding the role of the first session, HE Dr. Ahmed bin Nasser Al Fadhala said that during the first session, the council discussed a number of important draft laws, such as the social insurance and military retirement laws, the council also discussed 10 draft laws and 8 requests for general discussion, and reviewed 12 reports of the five committees and 33 reports of the council's delegations, while it completed two law decrees. The standing committees also discussed 19 topics, and the temporary committees discussed 4 topics, and the council had 25 external participations, as well as 14 visual meetings, in addition to 72 meetings and a meeting held by the council with heads of states and delegations.
His Excellency stressed that the General Secretariat of the council spares no effort in providing everything that would facilitate the work of the council members to carry out their role to the fullest, by providing all the support they need to achieve this, in addition to providing all the information, reports and consultations members needed to support their work and output it in the required manner.
His Excellency pointed out that the victory of the state of Qatar, represented by the Secretary-General of the Shura Council, of the Presidency of Arab Association of Secretaries General of Parliaments came as a result of the prominent role played by the State of Qatar at all levels, as well as the great confidence it enjoys both at the international level and at the level of regional and international organizations and bodies, indicating that the State of Qatar, thanks to its wise leadership, has been able to assume a prestigious regional and international position, and to win the trust of everyone due to its positions in support of international peace and security, its respect for international charters approved by the international community and its firm positions on issues the Arab and Islamic nations.
Regarding the 9th Annual Conference of Arab Association of Secretaries General of Parliaments, which was held last month under the presidency of the State of Qatar in Cairo, His Excellency praised the conference, during which views, ideas and visions were exchanged on the role of the secretary-general, his competencies and responsibilities in supporting parliamentary work, based on the importance of this role, in order to coordinate competencies among Arab countries, and clarify the powers of the secretary-general related to parliamentary affairs, to achieve maximum benefit in the interest of the Arab peoples.
During the press conference, HE the Secretary-General of the Shura Council stressed that the Arab Association of Secretaries General of Parliaments seeks to strengthen its relations with councils, parliaments and parliamentary federations, in particular with the Inter-Parliamentary Union (IPU), in a way that contributes to supporting and strengthening its work, and upgrading its regional and international standing.
His Excellency underscored that the Arab Association of Secretaries General of Parliaments signed with the Inter-Parliamentary Union (IPU), on the sidelines of the 145th Inter-Parliamentary Union (IPU) Assembly, held in the Rwandan capital, Kigali, a memorandum of understanding initialed to request the Association to join the Union as an observer member, so that the Association is concerned with communicating with the Union on behalf of the Arab councils and parliaments.
This memorandum also seeks to strengthen cooperation, coordination and direct communication between the Association and the union, with the aim of activating its role at the international level, enhancing the exchange of experiences, and facilitating the work of Arab parliaments through the Inter-Parliamentary Union (IPU).