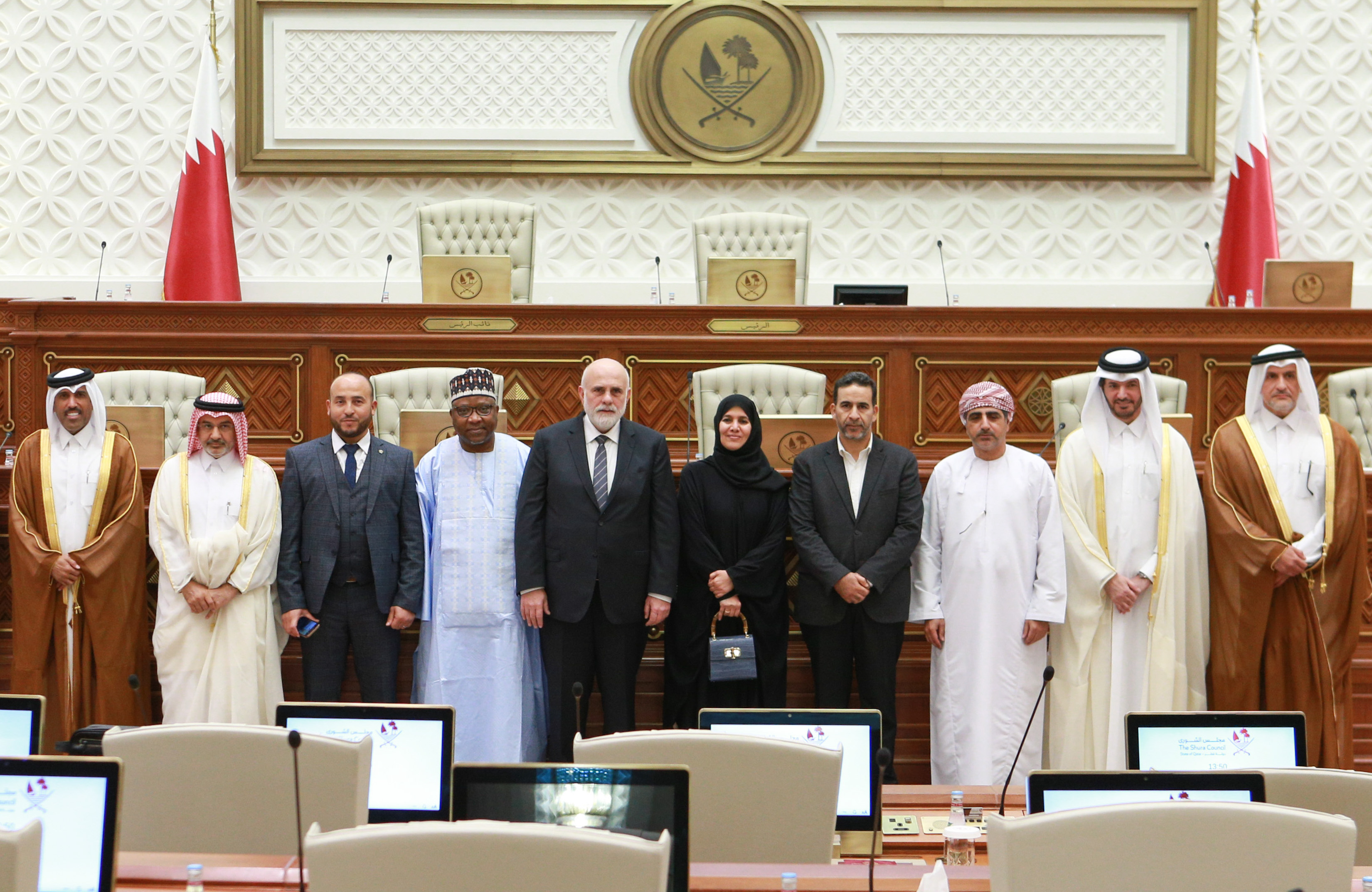 HE Deputy Speaker of the Shura Council Dr. Hamda bint Hassan Al Sulaiti met Friday with several officials of parliaments and national assemblies who are currently visiting the country. The meeting included HE Deputy Speaker of the Turkish Grand National Assembly Sereyya Sadi Bilgic, HE Secretary General of Omani Majlis A'Shura Ahmed Mohamed Nasser Al Nadabi, HE Deputy Speaker of Libyan Parliament Fawzi Al Nuiri, HE Head of the Qatar-Algeria Parliamentary Friendship Group in the Algerian People's National Assembly Yahi Ali, HE Secretary General of the Parliamentary Union of Member States of the Organization of Islamic Cooperation (OIC) Muhammad Qureshi, advisor to the Libyan presidency Abdullah Amer and foreign relations and protocol officer at the Turkish Grand National Assembly Ahmet Ozturk. During the meeting, the parliamentarians hailed the excellent organization of FIFA World Cup Qatar 2022 at different levels, emphasizing that the State of Qatar has proved its capability in organizing an exceptional tournament as it promised the world, and has succeeded in creating a conducive environment for this football feast and achieving its goals in enhancing the communication and rapprochement among the peoples. During the meeting also, they discussed a range of topics concerning the parliamentary action and ways to strengthen the parliamentary relations. In addition, Deputy Speaker of the Shura Council held a separate meeting with His Excellency Deputy Speaker of the Turkish Grand National Assembly Sereyya Sadi Bilgic. During the meeting, they discussed the existing cooperation aspects between the two countries in the parliamentary field underscoring the importance of raising the level of parliamentary cooperation and coordination in the regional and international arenas, as well as reinvigorating the crucial role of the parliamentary friendship group between the two sides.