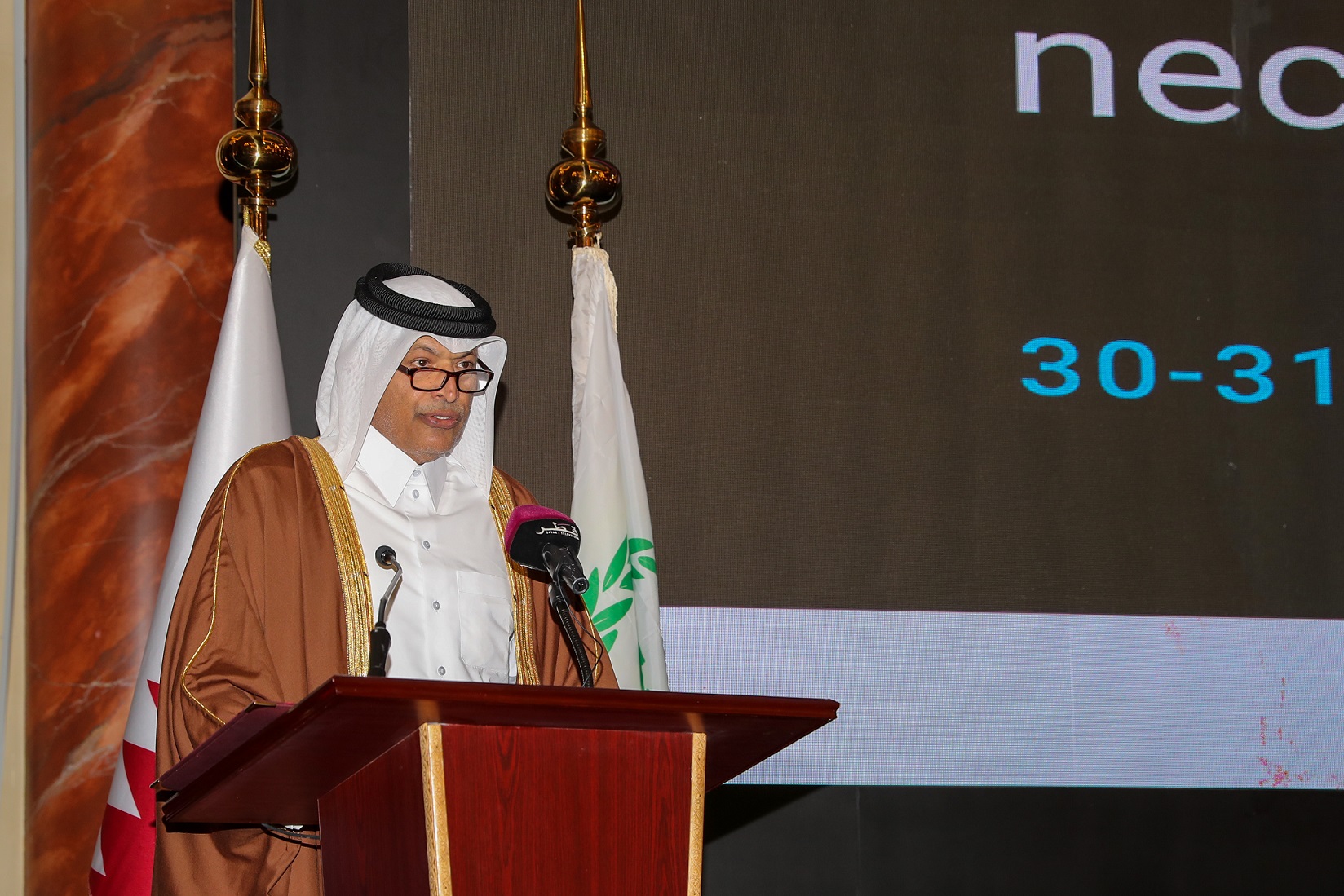 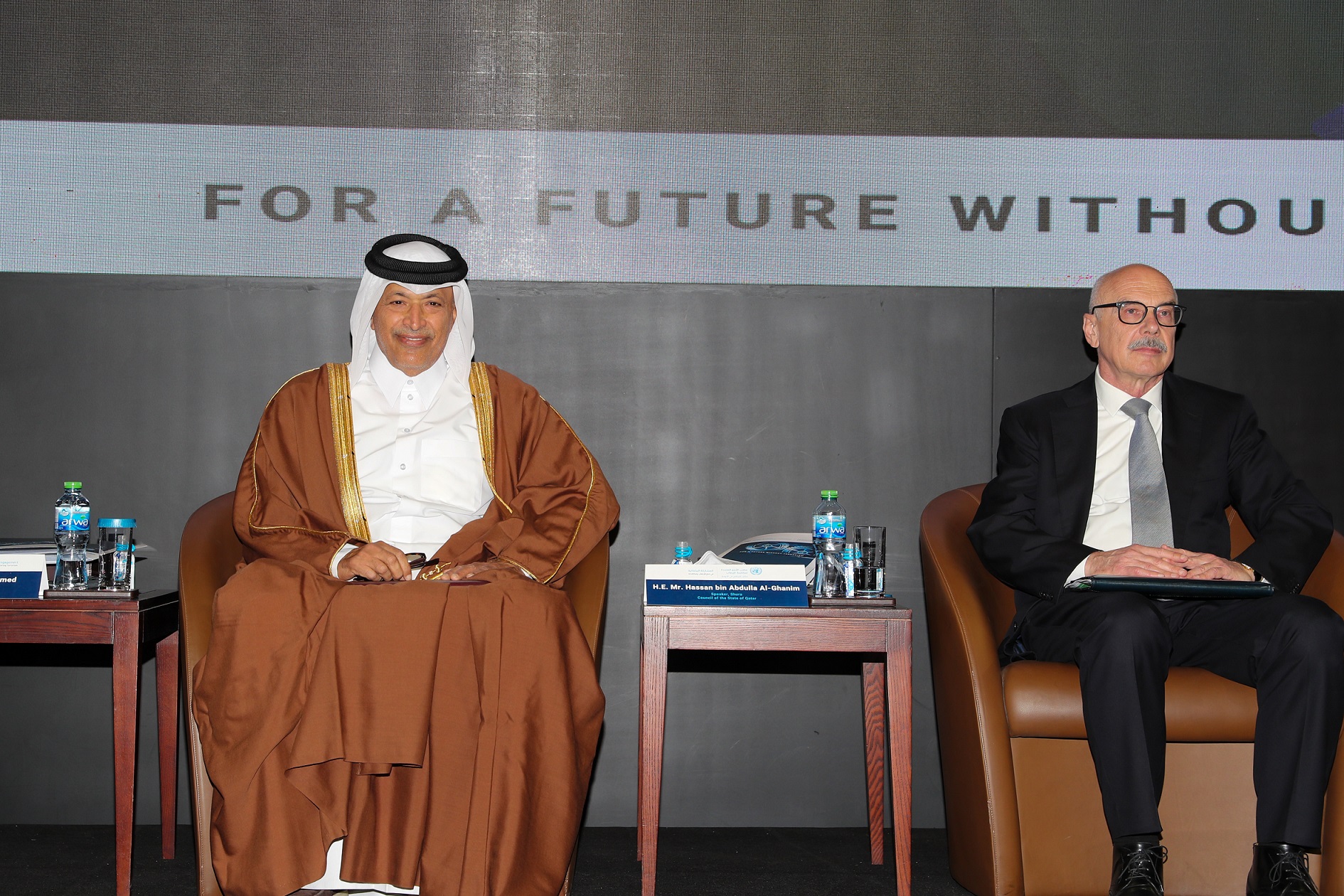 HE Speaker of the Shura Council Hassan bin Abdullah Al Ghanim affirmed the strong support of the State of Qatar to all national and international efforts to combat and eliminate terrorism and prevent the spread of violent extremism, especially the benevolent efforts of the United Nations.

This came in his speech at the opening session of the high-level African Parliamentary Conference, currently being held in Doha. The two day conference is organized by UNOCT Programme Office on Parliamentary Engagement in Preventing and Countering Terrorism, based in Doha, in partnership with the African Parliamentary Union (APU) and the Shura Council of the State of Qatar, entitled "Understanding the terrorist threat in Africa: new challenges and necessary measures." In his speech, His Excellency noted the great material and moral support provided by the State of Qatar to the UNOCT, which was embodied in many memoranda of understanding and agreements concluded between the two parties, including the memorandum of understanding signed between the Office and the Shura Council, which frames cooperation between the two sides and approved the opening of the UNOCT Programme Office on Parliamentary Engagement in Preventing and Countering Terrorism in Doha. It was inaugurated on June 20, 2021 to serve as a global center to support and build the capacities of parliamentarians from different countries of the world and to coordinate their efforts to combat terrorism.

HE Speaker of the Shura Council praised the distinguished level linking the State of Qatar with African countries, which is clearly evident in the investments it makes in various African countries and the assistance it provides to the African people, especially the aid it provided to fight the COVID-19 pandemic, which consisted of medicines and medical equipment transported by Qatar Airways, which constitutes a classy model for cooperation between countries.

HE Hassan bin Abdullah Al Ghanim said that all these activities fall within the objectives that the Office is working to achieve, which can be summarized in building understanding and awareness of issues and political developments related to terrorism and violent extremism, provide guidance to parliamentarians on ways to facilitate the implementation of the UN Global Counter-Terrorism Strategy and UN Security Council and General Assembly resolutions related to counter-terrorism.

The Office will also provide technical support, build the capacity of parliaments, and assist it in developing policies and legislation to prevent and address terrorism, as well as working to increase the participation of women parliamentarians and youth in efforts to prevent, combat and eliminate terrorism and its causes. His Excellency highly valued the great efforts and creative initiatives undertaken by the UNOCT to mobilize the necessary international support to combat and eliminate the scourge of terrorism and dry up its sources as a threat to international peace and security and an obstacle to sustainable development.

The two-day high-level African Parliamentary Conference will discuss the current and emerging terrorist threats in Africa, their nature and root causes, the key actors in order to develop a set of actions that contribute to mitigating, addressing these threats, and develop a set of relevant immediate actions that contribute to the mitigation and prevention of these threats. It will also highlight the role of parliaments in Africa in preventing, mitigating and addressing existing and emerging terrorist threats, in addition to identifying the needs of these parliaments for technical assistance and capacity building in specific areas of countering terrorism and preventing violent extremism, including the development and review of national strategies and action plans in this aspect, as well as discussing the need and possibility of creating a network of African parliamentarians to combat terrorism and prevent violent extremism.